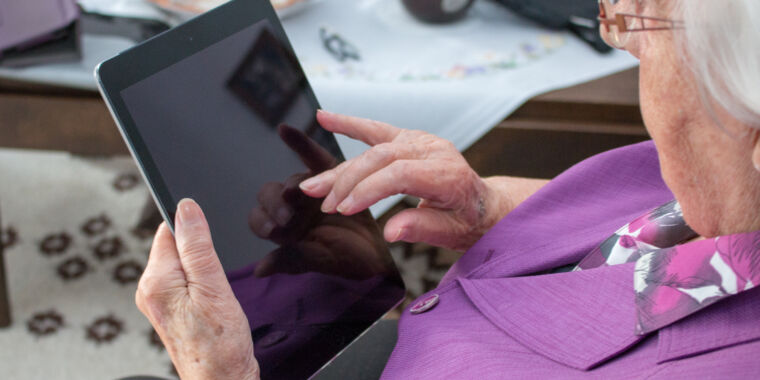 That’s something AARP is looking to change, though. The non-profit organization funded the creation of Senior Planet Community, a social media network that encourages users to join pre-existing groups around common interests, including gardening, travel, fitness, food and cooking. technology. That way, it’s more like a stripped-down version of Reddit or a small collection of forums.

The social network was developed by an AARP subsidiary, Older Adults Technology Services. OATS began by giving computer classes to senior citizens in New York City and expanded its physical footprint over the years. During the pandemic, these courses were moved online and Senior Planet Community grew from this transition.

Although the potential market for Senior Planet Community is huge, OATS has realistic expectations for its new platform. “I think ultimately it would be great if we had a million people,” Tom Kamber, executive director of OATS, told Axios. “Right now, I would be really happy to have 100,000 people using it well.”

Aside from its focus on the 50+ demographic, Senior Planet Community differs from Facebook in that it is non-commercial. The site has no advertising or membership fees. Unless the cost of running the site increases dramatically, this probably won’t be much of a problem. AARP doesn’t say how much it has invested in Senior Planet Community, but the organization is known to be well capitalized, with $2.3 billion in net assets and $1.7 billion in revenue in 2020.

Right now, the site is stripped down compared to Facebook. There is no mobile app yet, although OATS hopes to develop one. The site is at least mobile-friendly and all the required features are there, including groups, photo sharing, @-mentions, notifications, and direct messaging.

As with all social networks, one question that arises is how Senior Planet Community will handle moderation. The site has a relatively long list of “house rules” that encourage users to “be courteous” and “cite your sources”. Posts about politics aren’t banned, but the rules say posts can’t stray from the topic and users can’t “attack any social, ethnic, or political individuals, groups, or figures.” Users can report posts that they believe violate the rules. Currently the user base is relatively small, so the font should be simple.

“The moderation team keeps an eye on all comments, posts and updates added to the platform from the backend. Private messages are private, so we encourage all users to report any accounts that may be harassing them,” Suzanne Myklebust, director of communications at OATS, told Ars. “Once something has been marked as reported, the moderation team will conduct an investigation to respond to the situation appropriately.”

Senior Planet Community has been in private beta for a month, so there’s already a small backlog of content. Everything seems civilized… so far.