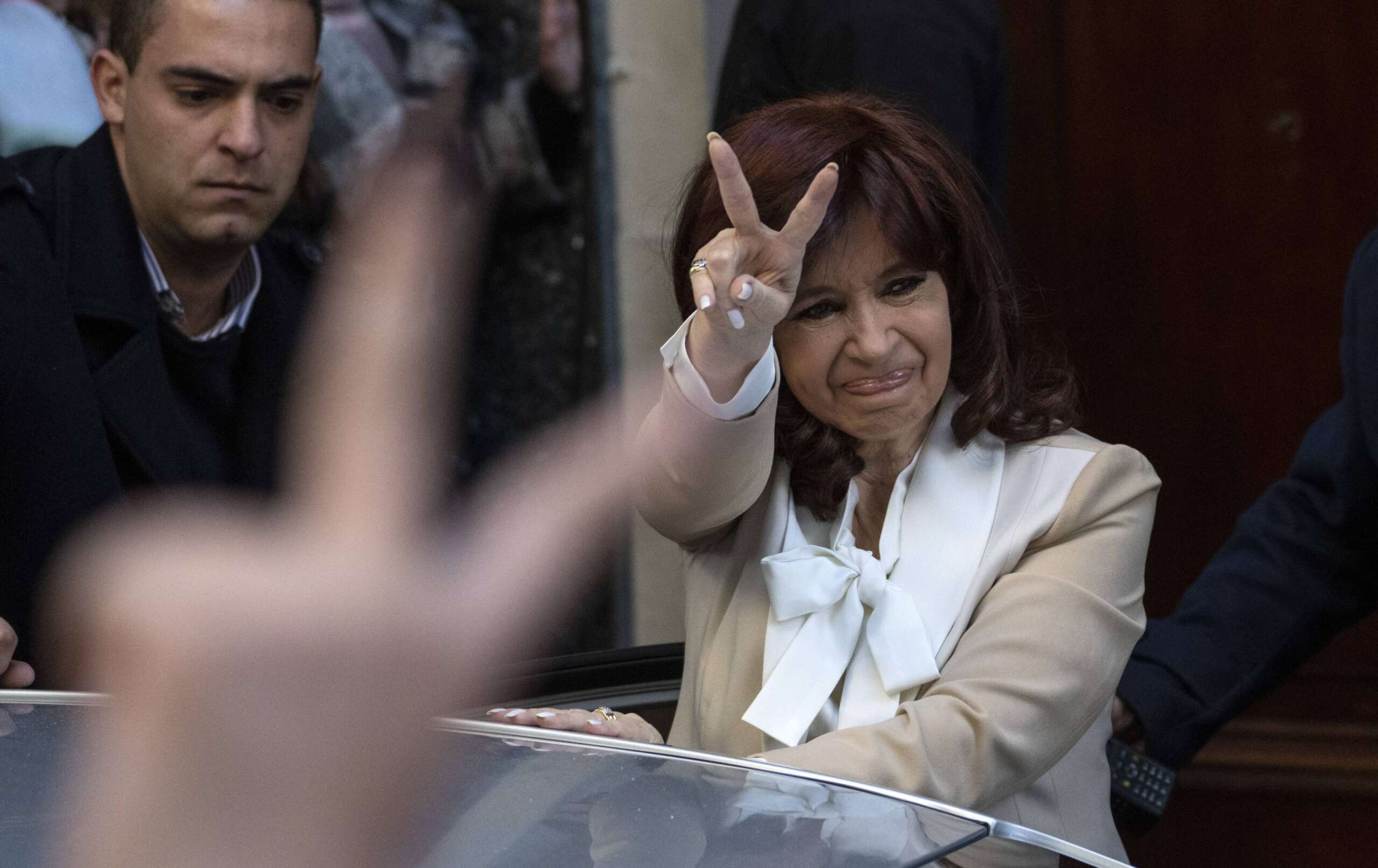 BUENOS AIRES, Argentina (AP) — Every day for two weeks, the routine had been the same: Argentina’s powerful Vice President Cristina Fernández was greeted by a crowd of feverish supporters who wanted to touch their leader. And every day she obliged and approached them.

But on Thursday, the routine flesh pressing took a sinister turn when a man in the sea of ​​supporters pointed a handgun inches from the vice president’s face…

BUENOS AIRES, Argentina (AP) — Every day for two weeks, the routine had been the same: Argentina’s powerful Vice President Cristina Fernández was greeted by a crowd of feverish supporters who wanted to touch their leader. And every day she obliged and approached them.

But on Thursday, the routine flesh-pressing took a sinister turn when a man in the sea of ​​supporters pointed a handgun inches from the vice president’s face and pulled the trigger with a distinct click.

The loaded .38 caliber semi-automatic weapon obviously jammed and the suspect was arrested. Now, the apparent assassination attempt raises questions about whether the most influential woman in Argentine politics over the past two decades should change her relationship with the many faithful who are constantly looking for a handshake or an autograph.

“Cristina was cornered,” said Silvana Venegas, a 43-year-old woman who witnessed the event. “She was easy prey, very easy.”

For a few minutes after, Fernández continued to sign autographs and wave. Her security service grabbed the shooter but did not remove her from the area.

Argentine media reported that Fernández told the investigating judge that she was unaware that a gun had been pointed at her until she entered her apartment. She also confirmed speculation that when she appeared to bend down, she was actually crouching down to pick up a book that had fallen to the floor.

Jorge Vidal, a public safety expert who worked for the Buenos Aires city government, said the security response to the incident was “far from a professional performance”.

While security teams must do as those they are guarding tell them, he said, “politicians must understand that any hands that are stretched out to touch or greet them should not be patted or shaken. “.

No politician stirs more passion in Argentina than Fernández, 69, who is revered by some for her left-wing welfare policies and reviled by others as corrupt and power-hungry, and she has long drawn political strength of her proximity to the crowds who venerate her.

Supporters compare her to Eva Perón, the wife of Juan Domingo Perón, a military officer elected president in 1946. As First Lady, Perón espoused women’s rights and was known as a benefactor of the poor. After her untimely death in 1952, she became part of Argentina’s national mythology.

Outpourings of devotion to Fernández have intensified recently after a prosecutor sought to send her to prison for 12 years over corruption allegations involving public works while she was president from 2007 to 2015.

Fernández and his supporters say the case is an act of political vengeance, and the facade of his building in the Recoleta neighborhood of downtown Buenos Aires has become a sanctuary for hundreds of supporters outraged by the accusations. against her.

As she left and returned each day, she shook hands with men and women who cried “Cristina, I love you!” She also signed dozens of copies of her political autobiography, titled “Sinceramente,” or “sincerely” in Spanish.

A young man who was in the crowd Thursday night said he was right in front of Fernández when the handgun came out.

“I tell Cristina that I love her, and she caresses me. I see an arm sticking out… with a gun,” the man, who was only identified as Javier for security reasons, told reporters on Friday after telling the judge his story. instruction.

The only previous incident occurred last Saturday, when tensions grew between Fernández supporters and police who sought to evict them due to complaints from neighbors.

The vice president complained about the treatment of her supporters and accused Buenos Aires Mayor Horacio Rodríguez Larreta of besieging her, and security around the building was soon released.

“We noticed that there were fewer police officers. I saw two from the federal police. It was full of people,” Venegas said.

Javier, the young witness, said in court that he and other supporters detained the suspect, not the police.

“I’m catching it and others,” he said.

The vice president has not spoken publicly since the incident. Some friends and political allies were able to see her.

“Cristina is shocked, shocked,” said Senator Oscar Parrilli, close to the vice president. “She’s fine thankfully because she has her mind and temper intact.”

The attempted shooting rocked Argentina, a country that has a history of political violence but has not seen a similar attack since restoring democracy in 1983 after years of dictatorship.

President Alberto Fernández, who is not related to the vice president, said the gun was loaded with five bullets and for “a reason not yet technically confirmed, it was not fired”.

The suspect has been identified as Fernando André Sabag Montiel, a 35-year-old Brazilian street vendor who has lived in Argentina since 1998 and has no criminal record. He was arrested on suspicion of attempted murder. Authorities have shed no light on a possible motive and are investigating whether the shooter acted alone or as part of a larger conspiracy.

The day after the incident, supporters of Fernandez demonstrated across the country under the slogan “Everyone with Cristina”.

Buenos Aires’ central Plaza de Mayo is packed with people of all ages holding handwritten signs with messages such as “Always with Cristina, people don’t forget” and “Cristina is from the people and no one touches her”.

At her house, meanwhile, dozens of federal agents stood guard.

Fernández emerged and approached a group of supporters to greet them, then got into a car to drive to an unknown destination.