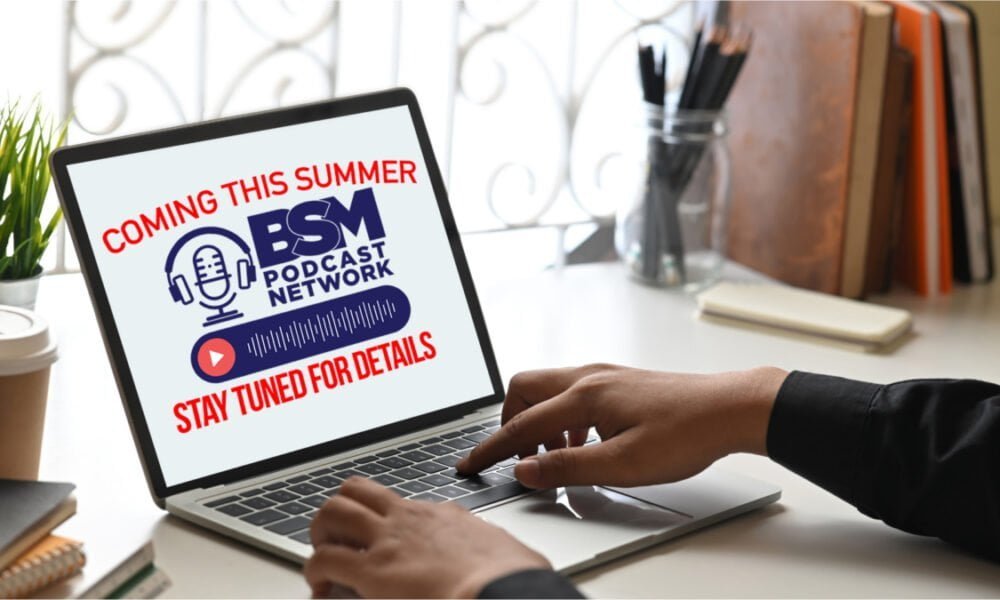 Six days on the road can be exhausting at times. Six days in Las Vegas, and it’s guaranteed. This was my world last week as me and over fifty thousand people headed to Sin City to attend the 2022 NAB show.

The event did not attract as many people as in the past, but after two years of inactivity due to the pandemic, it was good to be back. Judging from some of the vendors I’ve spoken to, the sessions I’ve attended, and the feedback I’ve received from the people I’ve met, while far from perfect, this has been a solid comeback for An important event. Seeing people interact, celebrate each other, and talk about ways to improve the business was a positive reminder that the world was closer to normal in 2019 than normal in 2020-2021. The only negative of the week was Uber’s consistent failure to show up in the right place at the right time. But that had nothing to do with the NAB.

I feel like every time I attend industry conferences there are two different types of reviews that follow. Some writers attend the show and see the glass half full. Others see the glass half empty. I am certainly not afraid to be critical but my enthusiasm has been high this year. Maybe it was because BSM was a media partner or maybe it was because the show hadn’t performed in years and was just happy to be among friends, peers and clients and operate as usual. Either way, my glass was definitely half full.

For those who view events this way, they are likely to remember the many opportunities they had to build and rebuild relationships. They will also remember the access to different speakers, sessions, products and the great research shared with those in attendance. Another positive experience was the excellent work done by the BFOA in recognizing the industry’s Difference Makers at their Wednesday breakfast, as was the Sunday evening industry gathering at the Mayfair Supper Club.

The conference included sessions with a number of industry leaders. Radio CEOs took to the stage to highlight industry gains and growth, credit their employees, and call on audio competitors, big tech and advertisers not to spend more with the industry. When David Field, Bob Pittman, Ginny Morris and Caroline Beasley speak, people listen. Although their businesses operate differently, it’s important to hear them share their perspective on the state of the business. I always learn something new when they address the room.

But while a lot is covered in these interviews, there are a few issues that aren’t talked about enough. For example, ineffective measurement remains a big problem for the radio industry. Things like this shouldn’t happen, but they do happen. NBC and WarnerMedia have taken bold steps to address television measurement issues. Does the radio have the courage to take such a risk? This is an area that I would like to see covered more by the higher-ups.

I can’t help wondering how much money we are losing because of this problem. Companies spend millions on a rating service that delivers lackluster results, and the ensuing liability is often maddening. Given the data we have access to digitally, it’s amazing that radio’s toll for live listening is determined by outdated technology. And if we’re going to tell people that wearables are the missing ingredient to solving this problem, don’t be shocked if the press that follows is largely negative. The industry and its advertising partners deserve better. The same goes for Nielsen’s reps who need to absorb the blows and make the most of a tough situation.

Speaking of advertising, this is another one of those critical areas that deserves another look. For example, I spoke to a few professionals from ad agencies at the show. Similar to what I have heard before, they are tired of hearing radio executives blame them for the current position of the industry. This has been a hot topic with executives for years. I often wonder, are we helping or hurting ourselves by publicly calling out advertisers and ad agencies? How would you feel if you ran an agency that spent millions in the industry and you were told “you’re not doing enough”? I’m a radio/audio champion and I’m optimistic about the ability of spoken word to deliver results for customers, but having attended these shows for nearly seven years, maybe it’s time to change. adopt a new approach and a new message. Or maybe it’s time to put one of our CEOs together with one of their own and have a larger discussion. Just a thought.

Among the sessions I attended, I thought of Erica FarberIn which field do you work?’ was excellent. I particularly liked Taja Graham’s presentation on “Sharing Your Truth”. I also enjoyed Eric Bischoff’s advice on ways to monetize podcasts, and I’m curious to see how Amazon AMP develops in the future. My favorite session at the show was “A GPS session for your station’s radio strategydirected by Fred Jacobs. The insight shared by Joe D’Angelo from Xperi and Steve Newberry & Suzy Schultz from Quu was outstanding. Keeping automakers on our side is critical to our survival, and how we position ourselves on the scoreboard cannot be ignored. Other tech companies and audio operators are taking it seriously. We must too.

Outside of sessions, it was great to experience VSiN and Blue Wire studios, connect with a group of CEOs, GMs, and Market Managers, and visit with Kevin Jones, Joe Fortenbaugh, Jeremiah Crowe, Jon Goulet, Bill Adee, Q Myers, Mike Golic Jr. and Stormy Buonantony. The NFL’s setup for the draft and the light show presented at the Bellagio was undoubtedly spectacular, and Stephanie had the opportunity to say hello to Raiders owner Mark Davis, who was in the back room of a Westgate restaurant where we were having a business lunch. The personal tour we received at the Wynn showed off some of the best suites I’ve seen in Las Vegas, and I was finally able to attend Circa’s Stadium Swim in person, and meet owner Derek Stevens (devil costume game). What an exceptional hotel and casino.

All in all, it was a productive trip. As someone who knows all about building and running a conference, I appreciate the work that goes into making it happen. This event is massive, and I have no idea how NAB makes it happen so perfectly. This was the first time my sales manager, Stephanie Eads, had attended the show. She loved it. Our only negative point, going back and forth between conference rooms can become exhausting. Wisely, Stephanie and Guaranty Media CEO Flynn Foster took advantage of the underground Tesla ride to go from the North Lobby to the West Lobby. I wasn’t as bright. If that’s the worst part of the experience, that’s pretty solid. Can’t wait to come back in 2023 and catch NAB’s NYC show this fall.

You’ve probably seen posts from BSM/BNM on Facebook, Twitter and LinkedIn promoting a number of vacancies. I’m adding a team to help us produce more content, which means we need more editors, news writers, reporters and columnists. If you are currently involved or have worked in the industry in the past and enjoy writing about it, email a resume and some writing samples to [email protected]

That said, I am delighted to announce the addition of Ryan Brown as a weekly columnist for BSM. Ryan is part of “The Next Round” in Birmingham, Alabama, which previously aired on WJOX as the JOX Roundtable. The show left the terrestrial world in June 2021 to operate as its own entity. Ryan’s knowledge and opinions should give the site a boost, and I look forward to featuring his columns every Tuesday. Keep an eye out for it tomorrow, and if you want to check out the guest post he previously wrote for us, click here.

Demetri Ravanos and I have spoken to many people over the past month. More additions will be revealed soon. As always, thank you for the continued support from BSM and BNM.