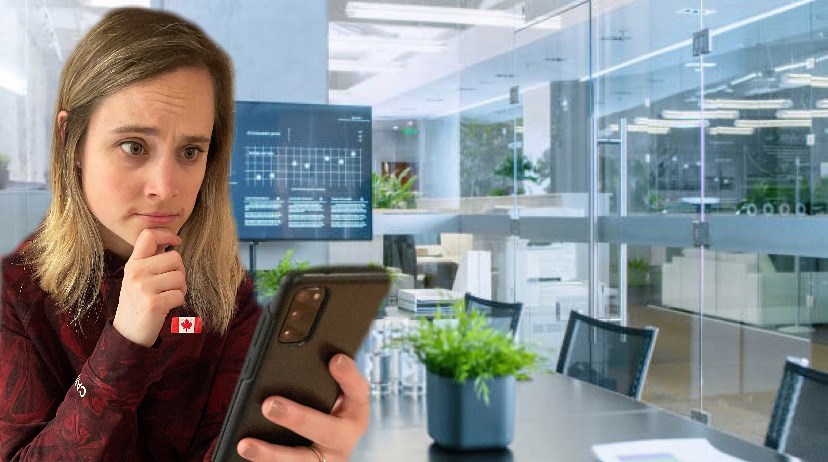 With more and more people working from their personal computers, cyberattacks and cybersecurity services have attracted much more public attention

Imagine waking up to a notification that your social media accounts password has been changed by an unrecognized user.

That’s what happened to Bradford resident Katy Fudge last year when someone hacked into her Instagram and Facebook accounts.

“I woke up in the middle of the night to an email saying that a device I didn’t recognize had access to my Facebook account. After that another email said I had changed my password on Instagram,” she explained. “Whoever hacked into my account had changed my email. to come back to me.

She was only able to recover her accounts a few days later through the Trusted Friends feature on Facebook. The feature was to ask three of his closest friends to verify that his account had been hacked in order to recover it. Since then, Fudge has become more aware of cyber threats and takes extra precautions to protect her accounts and information.

“I’ve implemented two-step verification wherever possible. It just adds that extra layer of protection. I also use a VPN and take every other precaution possible,” she said. .

She says what she went through took an emotional toll on her, causing her a lot of stress. She encourages others to implement as many security precautions as possible on their accounts, to reduce their risk of being hacked.

The COVID-19 pandemic has forced much of society to convert homes to offices and provide services remotely whenever possible. With the growing number of Canadians working from their laptops and ordering items from their smartphones, cybersecurity has become a priority for consumers, employees and businesses.

With a need for increased security online, one may choose to use virtual private network (VPN) services. A VPN is a tool designed to allow users to send or receive data to private networks through public networks. In other words, it makes your digital footprint harder to track.

In March 2020, Google searches for the term “VPN” doubled to an all-time high according to Google Trends. And as reported by data from NordVPN, one of the most well-known providers in the Western Hemisphere, its global business services increased by 165 percent. Canadian consumption, in particular, increased by 206%.

Despite the increase in searches for enhanced security measures, the number of cybercrime incidents increased by 31% compared to 2019. This means that more than 63,000 Canadians were victims of cybercrimes in 2020.

In 2021, there were over 4,000 cyberattacks in Canada, costing approximately $518 million. Among these numbers, 5.7% of Canadians have had their personal, financial and social accounts hacked.

Individuals are not the only ones to suffer from these attacks. Businesses and government agencies also experienced a large number of ransomware attacks in 2021. Since the start of the pandemic, ransomware attacks increased by 151% in Canadaforcing businesses to invest more in cybersecurity and improve online protocols.

Cyberattacks affect many Canadian businesses. According to 2020 Cyber ​​Threat Defense Report four out of five organizations have experienced at least one successful cyberattack and more than a third have suffered six or more.

As the rate of cyberattacks continues to grow, advances in cybersecurity are advancing just as rapidly.

According to Brad Connolly, a software engineer from Bradford, who has worked in the industry for more than five years, it’s hard to tell who has the upper hand, cybercriminals or cybersecurity.

“People who work in cybersecurity are very smart and their networks are super robust. That being said, cybercriminals are also quite smart. said Connolly. “Who has the advantage depends on the magnitude of the person you’re talking to, and technically (the advantage) can go either way.”

But a VPN service is far from the digital savior against malicious online activity. Phishing techniques are the most common way to launch a cyberattack or invasion.

Phishing is a technique by which hackers trick victims into providing them with sensitive information. This means the hacker doesn’t have to bypass firewalls or antivirus to gain access to your device. They just need to trick the victim – and no VPN or antivirus can save you from this if you’re not careful.

“You are untraceable in the sense that no one can intervene and discover your IP address. But that doesn’t mean you’re completely invisible on the internet,” Connolly warned.

According to Connolly, online security goes beyond specific services. It’s about being educated on how to browse the web safely and being aware of the techniques used to steal information. For example, frequent password changes or the use of a password manager can help keep hackers at bay. Everything from your router to your social media accounts should have their passwords changed from time to time — just in case, he says.