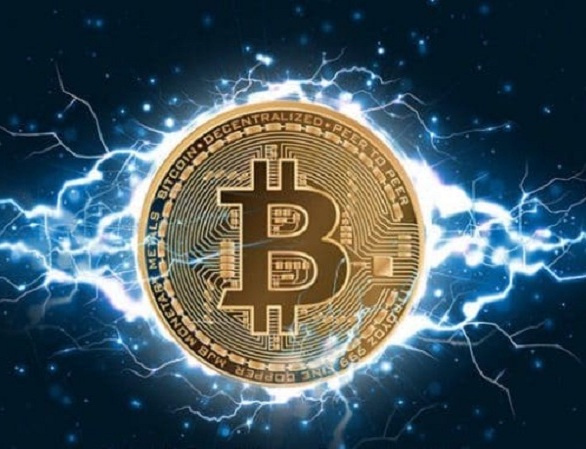 Breakthroughs achieved by the Bitcoin Lightning Network in 2021.

Adoption was slow at first, but in recent years cryptocurrencies have quickly become the beacon of a modern culture evolving into a fully digital future.

Right now, cryptocurrencies are being used in places as socially remote as high-stakes gambling casinos in Las Vegas, or modest chicken farms in rural Central America.

The new acceptance of Bitcoin, beyond being a storage-for-value platform, has accelerated the adoption of crypto by global financial institutions and online markets.

Despite the unpredictable nature of Bitcoin’s value, entire industries and governments are now taking new, bolder, and broader steps to integrate Bitcoin into their day-to-day operations.

As of September 1st 2021, El Salvador became the first country in the world to adopt and officially recognize the digital cryptocurrency Bitcoin as legal tender.

Another Central American country, Panama, is now planning to follow suit and make an effort to provide a redistributed global currency accessible to all.

Despite all of its popularity and promises, Bitcoin still faces the same major criticism that it has had since its conception. The speed of the blockchain network it is running on.

While designed to provide and guarantee optimal security and privacy, the blockchain platform’s single-layer technology handles billions of transactions daily.

Unfortunately, it is by the same design that such chain transactions are slow and expensive to operate.

Currently, the blockchain only handles 7 Bitcoin transactions per second. VISA, by comparison, processes an average of 65,000 transactions in the same amount of time.

Such scale limitations explain why Bitcoin has largely remained an investment vehicle.

It is now a place for “bitcoiners” to simply store digital gold to accumulate value, rather than using the currency for regular daily transactions in traditional markets.

Through the digital storm, there has been a response in The Lightning Network!

The Lightning Network (LN) is a second layer protocol technology, designed to use micropayment channels to decongest the bitcoin blockchain and reduce associated fees.

LN settles transactions away from the main blockchain through a network of user-hosted channels and nodes, making them off-chain transactions.

These transactions are faster, cheaper and more easily confirmed.

LN’s off-chain functionality enables exchanges such as atomic exchanges between cryptocurrencies without the use of a middleman, such as cryptocurrency exchanges.

As the saying goes, only a well-oiled machine works well.

From the growing popularity of the Bitcoin cryptocurrency in recent years has come increased support from seed funds for Lightning Labs, the company behind the genius of LN.

In 2018, Bitcoin industry heavyweights such as the CEO of Twitter, Jack Dorsey facilitated Lightning Labs with funding of $ 2.5 million.

Lightning Labs and their developers have since ramped up their efforts and achieved some of the most incredible breakthroughs in Bitcoin technology.

On the Lightning Network, transactions do not need to be validated by all participants in the blockchain, which makes it easier to complete transactions instantly.

The Lightning Network achieves this milestone with an off-chain, multi-channel payment system that drives transactions and costs significantly less.

Blockchain smart contracts help facilitate the application of security without having to create transactions on the blockchain for individual payments.

This makes the Lightning Network capable of millions to billions of transactions per second, while maintaining the security and trust promised at the Bitcoin base layer.

Lightning Network is open-source to open up the world.

The open source nature of Lightning Network technology is of great importance and should be credited for the incredible growth rate of the network.

Developers outside of Lightning Labs can build crypto-based systems on top of 2-layer technology and continue to add value to the larger and growing payments ecosystem.

Moreover, each new layer built on Bitcoin and Bitcoin LN makes the first layer more valuable and improves the network effects of the parent or previous layer.

With such innovation from third parties and developers, the network expanded into the bear market and the bull market, both of which recorded record value of coins.

Lightning Network is getting bigger and bigger than before.

For each new novice user on the network, the network develops a new active node.

In 2021, LN has passed 25,000 active nodes, which for an open network like LN means that the network is getting stronger with more users and more channels.

Essentially, a node represents a single user on the network who has configured a computer to interact and trade currencies with other nodes or computers on the same network.

The Lightning Network already owns and can handle over 25,000 nodes actively exchanging digital currency tokens without any major interference with core technology.

Lightning Network boasts of an 8% activity node growth rate in August 2021, with industry experts predicting an even higher growth rate at the end of the year.

The promised scalability opportunities for the crypto industry make the LN platform the rising tide that lifts all boats in the sea of ​​cryptocurrencies.

LN aims to facilitate the exchange of multi-application portfolios of dedicated users through different applications built on the same LN support. Transaction times are only accelerating by effect.

As a rising tide, the Lightning Network is indeed integrated into the world of Bitcoin.

The story might not recognize its significance, but digital historians are sure to mention the epic events the LN brought about with exponential effect just in 2021.

Continuing the wave of the latest epic lightning events, Twitter has officially rolled out a bitcoin tipping feature that is rumored to be underway.

Initially exclusive to iOS, the feature allows users to tip creators on Twitter through third parties like CashApp, which is operated by Square and founded by Jack Dorsey.

Like many other third-party app makers, it puts its money where it says it is.

Twitter CEO is mentioned by Bitcoin media for making a statement in June 2021 that, in practice, a Bitcoin future is no longer a matter of “if”, but “when”.

Obviously, the Lightning Network is making the Bitcoin platform easier by paving the way for this global cryptocurrency future for everyone.

Gerald Ainomugisha is an independent Content Solutions Provider (CSP) offering both content writing and copywriting services for businesses of all kinds, especially in the management, marketing and technology niches.