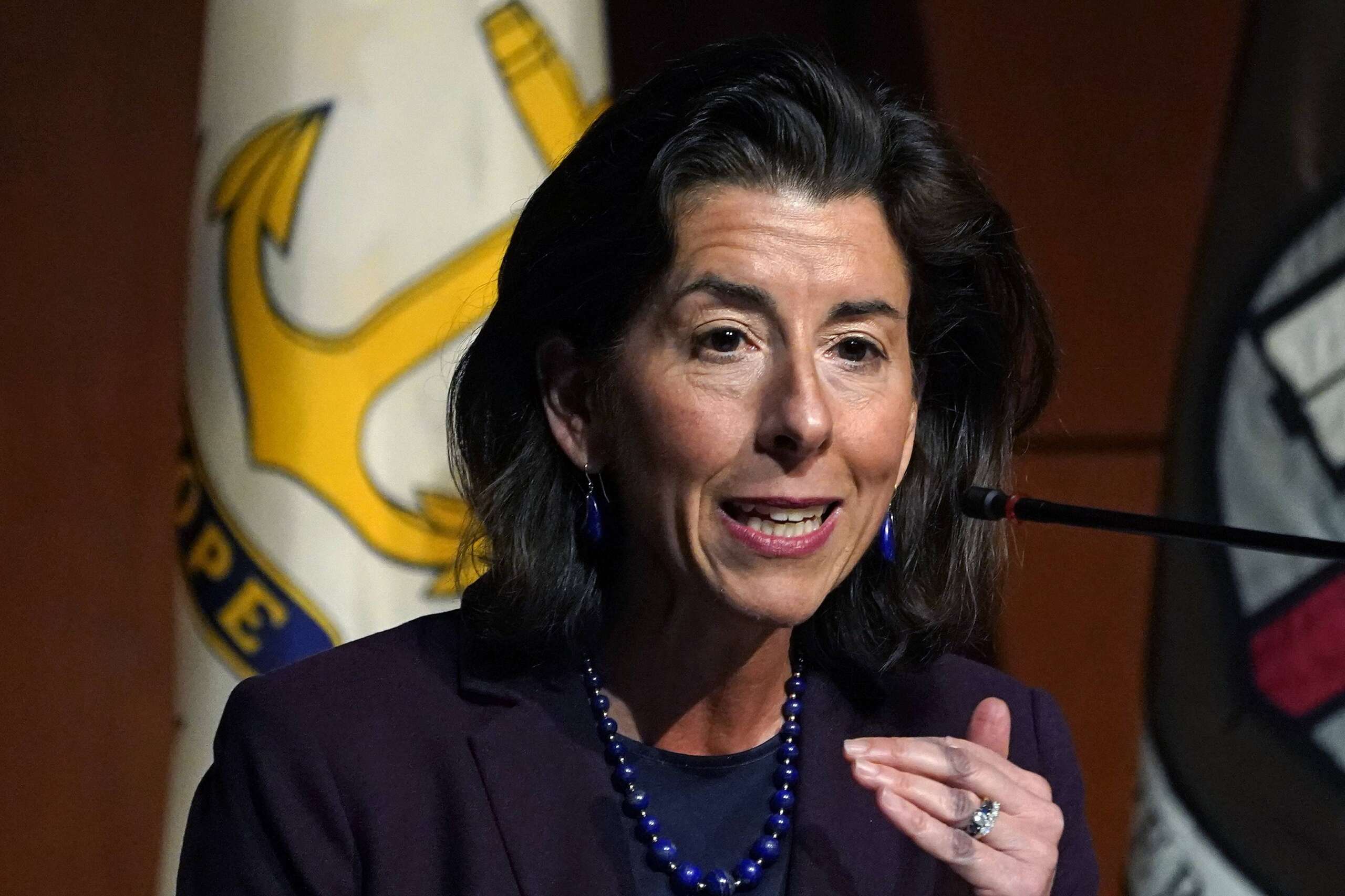 WASHINGTON (AP) — The Biden administration and congressional Democrats are warning of dire consequences for the economy and national security if Congress does not pass a bill by the end of July designed to boost the manufacturing of semiconductors in the United States.

Their calls have grown increasingly urgent as Senate Republicans led by Mitch McConnell threaten to block computer chip legislation, creating a stalemate that threatens to derail one of the biggest…

WASHINGTON (AP) — The Biden administration and congressional Democrats are warning of dire consequences for the economy and national security if Congress does not pass a bill by the end of July designed to boost the manufacturing of semiconductors in the United States.

Their calls have grown increasingly urgent as Senate Republicans led by Mitch McConnell threaten to block computer chip legislation, creating a stalemate that threatens to derail one of Congress’ biggest bipartisan initiatives. Republicans have tied their cooperation to stalling Democrats with a separate set of energy and economic initiatives that GOP lawmakers say would raise taxes on small businesses and hurt the economy. It’s a request that Democrats reject out of hand.

Commerce Secretary Gina Raimondo said computer chip makers were being offered lucrative incentives from other countries such as South Korea, Japan, France, Germany and Singapore to set up factories there. She cited Monday’s announcement by STMicroelectronics and GlobalFoundries to build a semiconductor factory in France as an example of other countries moving faster than the United States on the issue.

“At the end of the day, there are very real and very devastating consequences if Congress doesn’t do its job in the month of July,” Raimondo told The Associated Press.

These consequences mean not only lost job opportunities for the United States, but an overreliance on other countries for semiconductors that could become a critical vulnerability because they are so important for products ranging from cars and cell phones to modern weapon systems.

Raimondo was part of a closed-door briefing with senators on Wednesday to discuss the national security implications of the semiconductor legislation. She was accompanied by Undersecretary of Defense Kathleen Hicks and Director of National Intelligence Avril Haines. The meeting lasted nearly two hours.

Raimondo told reporters afterwards that, based on the questions posed by the senators, “the urgency was clear.” She also said that “the time for talking is over, the time for action has come”.

McConnell did not respond to questions from reporters after attending the briefing. Sen. Ron Wyden, D-Ore., said it underscored the need for Congress to act quickly.

“The legislation we are trying to pass is a major national security issue. It’s a major economic issue, and it’s an issue you can’t afford to delay on,” Wyden said.

Raimondo and Defense Secretary Lloyd Austin, in a letter to congressional leaders, said semiconductor companies need to put “concrete in the ground” by this fall to meet increased demand. Cabinet members said they believe further delays in passing the legislation “will lead to an investment shortfall in semiconductors from which we may not be able to recover.”

Both houses of Congress have passed bills providing around $52 billion in financial support for the US semiconductor industry, but they are struggling to merge the legislation into a final compromise that could get 60 votes in the Senate, the number necessary to overcome procedural obstacles.

McConnell, R-Ky., suggested on Tuesday that the House could work from the version passed by the Senate, which would allow it to pass to President Joe Biden’s office to be signed into law. Or both houses could simply pass a much narrower bill focused on semiconductor incentives, leaving out trade provisions and new research priorities.

Both options face major hurdles. Maryland Rep. Steny Hoyer, House Majority Leader, said McConnell’s call for the House to pass the Senate bill was “an arrogant and unreasonable request.” Meanwhile, senators from both parties are reluctant to settle for the $52 billion in financial incentives after working for years on other priorities of the bill.

“It’s just that there are too many other things that we’ve worked so hard on. Why would we reduce this? said Sen. Tim Kaine, D-Va. “If it’s about being really competitive, why would we say we just want to be a little bit competitive.”

Sen. Charles Grassley, R-Iowa, said he could support legislation focused solely on financial incentives, “but he has trouble with other conference members” who insist on additional provisions.

Democrats beat their goal of reaching agreement on the principles of the final bill by the end of June so that staff can prepare the text and both houses can vote in July. Raimondo said she spoke with several Republicans about narrowing differences between the House and Senate before McConnell tweeted about the bill, known by the acronym USICA, for America’s Innovation Act. and competition: “Let’s be crystal clear: There will be no bipartisan USICA as long as Democrats pursue a partisan reconciliation bill.

Still, she said she was considering the ‘5-metre line’ bill and that negotiators could finish within a week to 10 days if both sides cooperated. She said if lawmakers can’t finish the bill, “Republicans aren’t winning. China wins if this is not passed.

Raimondo is trying to appeal to lawmakers’ concerns about how the United States is dependent on foreign countries, namely Taiwan, for the production of advanced computer chips.

“Look, I mean, I know a lot of these Republicans. They are patriots. They want to do the right thing for America. They are afraid that we are so dependent on Taiwan for exactly the type of chips our military depends on,” Raimondo said.

Sen. Thom Tillis, RN.C., was one of the Republicans who voted for the Senate version of the semiconductor legislation. Before making a decision on a final compromise bill, he wants to see the price of the separate energy and economic package that Democrats are pursuing through a process called reconciliation, which would allow them to pass a bill without any Republican support. .

Tillis also doesn’t accept the warning that lawmakers must pass a semiconductor bill this month or it might not happen at all.

“It’s not the only vehicle the chips could roll on before the end of the year,” Tillis said.

2022-07-13
Previous Post: Network Devices Market by Connectivity, Device Type, Application and Geography – Global Forecast to 2027 – ResearchAndMarkets.com
Next Post: What they are, their importance, the best IT security audit company, etc.