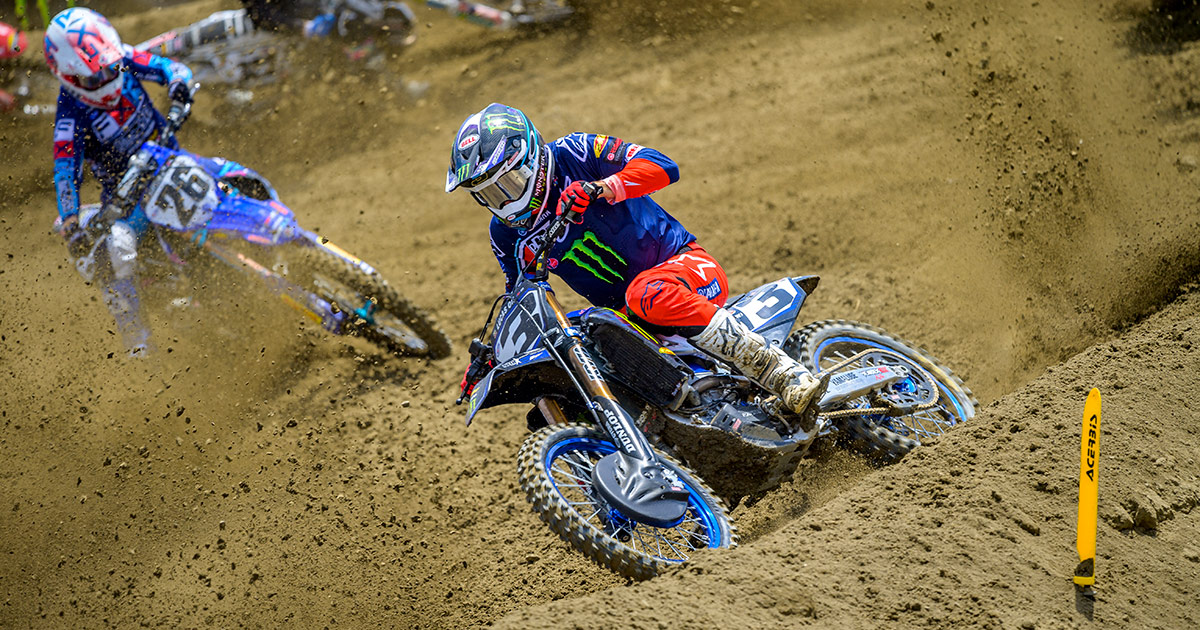 On the eve of the season finale of the Lucas Oil Pro Motocross Championship, MX Sports Pro Racing has announced that the Fox Raceway II National race schedule will be adjusted as a precaution for the extreme heat expected for the event.

Motos for the 250 and 450 classes will be shortened to 25 minutes plus two laps, in addition to the implementation of an additional 30-minute break between the first and second sets of motos, both made to reduce the duration of active sun exposure.

Triple-digit temperatures are forecast for Saturday’s final and working in correspondence with officials from the Pala Fire Department and the Alpinestars Mobile Medical Unit, while taking into account the contribution of some race teams , the decision has been made to adopt relief measures during what will be the hottest racing afternoon of the 2022 season.

“Our goal is always to put on the best race possible, both for the spectators who spend their hard-earned money to attend and for the riders who invest their lives in competing at the highest level,” said Davey Coombs, president of MX Sports. Professional race. “At the same time, we must also take into consideration the safety and general well-being of everyone who will be at Fox Raceway on Saturday. Under the guidance of public safety experts and health officials, we have made the decision to act in the best interests of all parties. It was a difficult decision, but we are forced to be careful who makes this event and this championship possible when the risk is as high as it is for Pala and the surrounding region.

The Pala Band of Mission Indians has issued an emergency alert to businesses and community residents following an excessive heat watch issued by the National Weather Service, dated Tuesday, August 30 through Monday, September 5, citing dangerously hot conditions. with temperatures up to 110 degrees.

Additional mitigation measures will be taken on behalf of spectators at Fox Raceway, including access to several tents that have been erected on the track to relieve them from direct sun exposure. In addition, several hydration stations have been installed throughout the site to facilitate increased water consumption, while children’s pools and dip tanks will be placed in various locations.

Actions will also be taken to reduce competitors’ passive exposure to the sun before their races. Shading was built into the level of the rider staging next to the starting grid, while the staging period and sighting lap segments were shortened. Water will be made available to riders as each moto is completed, while dip tubs have been made available at the Alpinestars Mobile Medical Unit.

The updated race schedule will include an update to national broadcasts Fox Raceway II on MAVTV Motorsports Network and “MAVTV on FloRacing” where host and lead commentator Jason Weigandt will be joined by James “Bubba” Stewart as analyst All Star.

MAVTV MOTORSPORTS NETWORK US SHOWS
Fox Raceway’s live nationwide coverage will begin with the fast lap qualifying, followed by the first set of motos. “Between the Motos” will air during the 30-minute break before live coverage resumes with the second set of motorcycles.

“MAVTV ON FLORACING” STREAMING COVERAGE (NATIONAL AND INTERNATIONAL)
In addition to network coverage, fans in the United States and countries around the world can stream Fox Raceway action online via their smart TV, streaming device, or mobile device by subscribing to “MAVTV on FloRacing,” which is available to Pro Motocross fans for $6.99 per month. In addition to coverage of motorcycles and “Between the Motos”, the live stream will also feature an exclusive post-season celebration show which will feature the crowning of the season’s new champions in addition to several other season accolades. .

2022-09-03
Previous Post: Cybersecurity News Roundup: Week of August 29, 2022
Next Post: The shortage of teachers is becoming a concern in Poland and Hungary