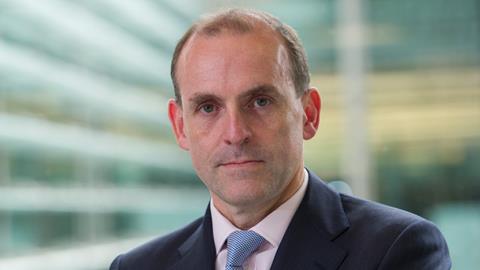 Paul Pester, the former TSB chief executive who fell on his sword following a disastrous IT failure at the UK lender, is set to launch a social networking app allowing friends and family members to share money.

Sky News has learned that Pester has teamed up with Anthony Thomson, founder of Metro Bank and Atom Bank, and former CompareTheMarket chief Matthew Donaldson to create Loop, which began a weekly beta test period. last.

Sources in the city said Loop has raised seed funding from a group of wealthy investors and is now preparing for a larger Series A fundraiser to take place in early 2022.

Initially intended for students and young professionals, consumers who register on the application will be able to create a social network that will allow them to easily share money between them.

Pester left TSB in 2018 after clients faced months of poor service and online downtime at the bank following a failed upgrade to a new IT system from the Spanish parent company Banco Sabadell.

Pester has become the public face of the fiasco, hounded by politicians in parliamentary hearings and criticized by the FCA for not being fully transparent about the scale of the problems facing the bank.

Since leaving, Pester has served as chairman of the advisory board of the Fairer Finance campaign group and has advised private equity groups, including KKR and Pollen Street Capital, on investments in the financial services industry.

In other news, Debbie Crosbie, who took over from Pester as CEO of TSB, has found a new roost, becoming the first female CEO of Nationwide Building Society.