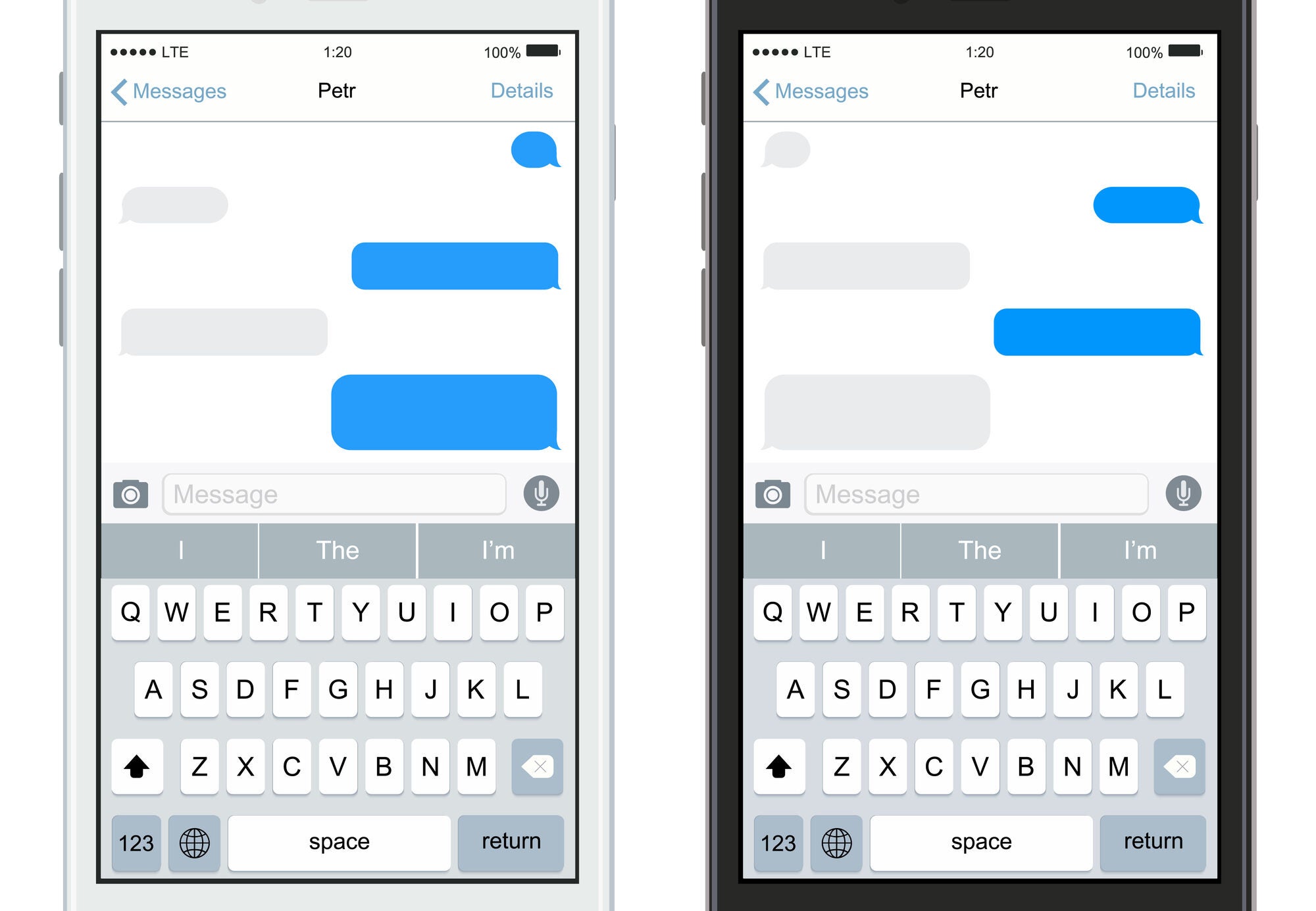 On that front, Google is adding even more color to the situation by trying to publicly shame Apple for adopting a protocol called RCS. with a new website and social media campaign launched this week. “Get The Message” lays out Google’s arguments for why Apple should enable RCS instead of SMS and encourages users to “Help @Apple #GetTheMessage” by tweeting about it.

Messaging, of course, is an extremely important feature of smartphones. Collectively, we send billions of iMessages, Whatsapp Messages, and other types of SMS every day. It’s understandable that Google is very keen on this: Texting between iPhone and Android phones using SMS sucks. Moreover, the SMS protocol used between the two platforms is really worse than the iMessage protocol used for iPhone to iPhone SMS.

So, let’s look at what’s really going on.

Not all text messages are the same. Depending on the protocol or service you use, they can be sent in totally different ways.

For starters, SMS (Short Message Service) and MMS (Multimedia Message Service) are what many of us grew up with. Developed in the 1980s, they are extremely outdated, inefficient and insecure– and still widely used today. You are limited to 160 characters per message and they are sent over the cellular network. (On an iPhone, they’re displayed as a green bubble.)

Then there’s iMessage, Apple’s proprietary messaging protocol. Messages are end-to-end encrypted and sent over the Internet. It also lets you see when someone is typing, get “read” notifications, send and receive high-quality images and videos, and participate in group chats. Moreover, it has additional features like reactions and voice notes. (On an iPhone, they’re displayed as a blue bubble.)

Then comes Rich Communication Service (RCS), supposed to succeed SMS and MMS. It allows to send messages over the internet, which enables many features that people expect from a messaging app that are missing in SMS, like group chats, live typing notifications, read receipts, audio notes and high quality photos. Although the iPhone does not support RCS, it is available through Google’s Messages app on modern Android phones.

That’s what it’s all about: Google wants Apple to use the RCS standard for messages sent between iPhones and Android phones, not SMS, which it currently uses.

Is RCS really the same as iMessage?

While Google attempts to equate RCS and iMessage, the two are fundamentally different in several ways. Apple’s iMessage is more like WhatsApp, Signal or Skype than SMS. Yes, on an iPhone they are sent from the same application, but they are not the same types of SMS.

On the other hand, RCS is an open standard built on SMS and MMS. It was designed by a consortium in 2007 even before the launch of the iPhone, and it has took years to deploy. A big hurdle was that it originally required the support of mobile operators who are hardly famous for their rapid adoption of new technologies. In 2019, Google bypassed them and released an app that allow it to enable RCS on Android all alone.

A big feature of iMessage that the RCS protocol lacks is end-to-end encryption. However, Google has developed a workaround: All one-to-one RCS conversations using its Messages app are end-to-end encrypted. (Group messaging will be encrypted later this year.) However, this undermines one of the supposed points of RCS: that it is an open standard that any compatible application can use. If encryption is only available between certain applications, it is no longer open.

Locked up and loaded

As interesting as the subtle differences between different email protocols are, the latest news has to do with something else: Google’s utter failure to develop its own email protocol despite countless attempts. It’s trying to shame Apple for using RCS because it absolutely failed to compete with iMessage.

That’s not to say it wouldn’t be good for consumers if Apple adopted RCS, but it’s only been in the past two years that it’s become a credible alternative to SMS, let alone any other service. . And it still doesn’t offer all the features available in iMessage, especially always-on end-to-end encryption.

Could Apple adopt RCS messaging and work with Google to encrypt it end-to-end between iPhones and Android devices? Sure, but Google should fix a few more issues first. And for now, Apple is clearly reaping the benefits of client confinement that comes with iMessage, despite growing public pressure from Google.

Meanwhile, in Europe, another option seems important: ownership of Meta whatsapp is installed on more than 90% of smartphones. It’s cross-platform, end-to-end encrypted, and supports all the features you could want.

But whatever happens over the next few years, remember that RCS is still a fundamentally different protocol from iMessage. Don’t expect the green bubbles to ever disappear.