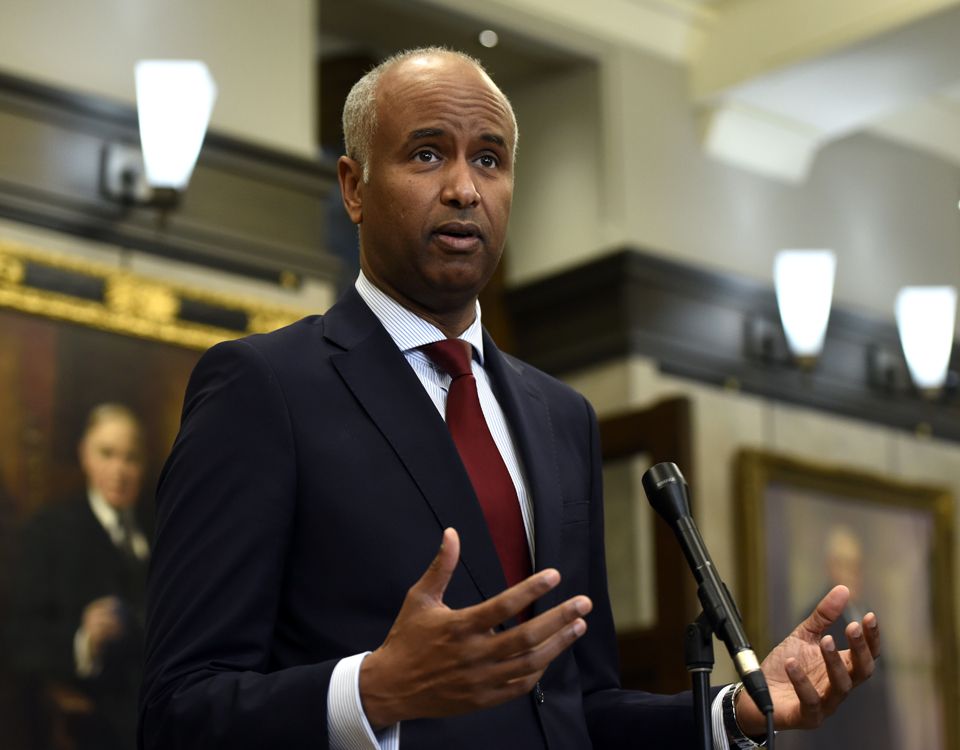 Heritage Canada will ensure that several government officials review funding requests – and receive better training on how to verify social media posts – following revelations that the Liberal government funded training against the racism by a consultant with a history of anti-Semitic tweets.

B’nai Brith Canada said Monday evening that Diversity Minister Ahmed Hussen had sent a letter to the organization promising changes to Canadian Heritage in response to the Laith Marouf scandal.

Sign up to receive the best daily stories from the National Post, a division of Postmedia Network Inc.

The next issue of NP Posted will soon be in your inbox.

Canadian Heritage awarded a grant of $133,000 to the Community Media Advocacy Center to develop an anti-racism strategy for the broadcasting sector. The strategy was launched in April, but in August the media reported detailed anti-Semitic tweets from CMAC senior consultant Laith Marouf. In response, Hussen cut CMAC funding.

In his letter to B’nai Brith, Hussen said Marouf “fallen through the cracks while considering the CMAC request.”

“This incident reflects a system failure. The fact that funding was allowed to go to this organization in the first place is a slap in the face for the Jewish community, the French-speaking community and many other groups that he has repeatedly attacked with his hateful comments, and for this, I sincerely apologize,” Hussen said in his letter.

He also outlined the changes the government will implement in response, and said “not a single federal dollar will be deployed under this program without the implementation of these measures.”

The government is also promising enhanced diversity and inclusion training for program officers, “including anti-racism and anti-Semitism awareness training, with an understanding of the working definition of anti-Semitism in the country.” International Holocaust Remembrance Alliance, to ensure they continue to uphold the values ​​reflected in Canada’s anti-racism struggle. -Strategy against racism. Funding recipients will be held to the same standards.

The government will also include conditions in funding agreements “that would allow the federal government to take immediate action, if an organization or individual is identified as having promoted or shared hatred, racism and discrimination in any form. “. If an organization’s funding is cut, it will never again be eligible for funding from Canadian Heritage.

Applicants must also “commit to taking steps that are conducive to creating an environment free from harassment, abuse and discrimination.”

Marvin Rotrand, national director of the League for Human Rights of B’nai Brith, said the measures outlined in the letter were more concrete than what the government had previously announced. “We are generally very satisfied, although this does not meet all of our requests”, such as obtaining an independent opinion on the new verification process.

“We are especially excited that the lens through which these types of grants will be evaluated in the future will be the International Holocaust Remembrance Alliance’s definition of anti-Semitism,” Rotrand said.

The National Post previously reported that Hussen was warned of Marouf’s anti-Semitic tweets before the issue was widely reported in the media, but took no action to cut funding for the organization prior to this media coverage.

Asked about the government’s initial reaction, Rotrand said the organization was now focused on “getting solutions so this doesn’t happen again”.

“At the moment our main focus will be on moving forward rather than dwelling on chess. We always want to get to the bottom of chess.

Hussen’s press secretary, Arevig Afarian, said in a statement that the government had “cut funding to this organization, suspended its project and implemented new measures to improve the verification protocols of the Department of Canadian Heritage”. , and that Hussen was in “ongoing communication with Members of Parliament, community leaders and Canadians on these next steps.