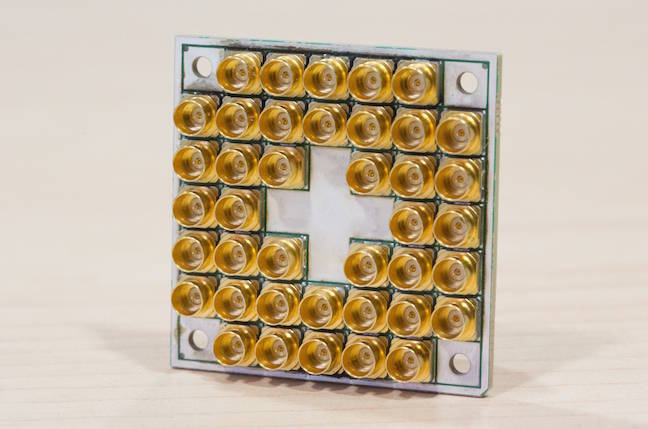 Intel and QuTech claim to have created the first silicon qubits for quantum logic gates to be fabricated using the same manufacturing facilities Intel uses to mass-produce its processor chips.

The demonstration is described by the pair as a crucial step towards scaling up the thousands of qubits needed for practical quantum computing.

According to Intel, its engineers working with QuTech scientists successfully created the first large-scale silicon qubits at Intel’s D1 manufacturing facility in Hillsboro, Oregon, using a 300mm wafer similar to those the company uses to mass-produce processor chips.

QuTech is a partnership between Delft University of Technology (TU Delft) and the Netherlands Organization for Applied Scientific Research (TNO) focused on quantum computing research.

The result is a process that could fabricate more than 10,000 dies with multiple silicon qubits on a single wafer with over 95% yield, Intel claims, saying this is significantly higher in qubit count and yield than processes. current used to create qubits.

Quantum computing is still at a very early stage of development, but many architectures that researchers are experimenting with require large numbers of qubits to ensure reliability. Also critical is gate fidelity, a measure of the error-freeness of individual qubits.

Being able to fabricate large-scale qubits is therefore a vital step, and if conventional silicon fabrication processes that have been developed and tuned by chipmakers such as Intel for many years can be repurposed for this, this will be a step towards scaling up the thousands of qubits needed for practical quantum systems. This is essentially what Intel and QuTech claim to have demonstrated.

“Our research proves that a large-scale quantum computer is not only feasible, but could also be produced in a current chip factory. We look forward to continuing to work with QuTech to apply our expertise in silicon fabrication to unlock the full potential of quantum,” said James Clarke, director of quantum hardware at Intel.

The research has been published in the journal Nature Electronics. The abstract of the paper indicates that the potential for using industrial semiconductor fabrication for quantum gates has led to the development of quantum computing in silicon quantum dots, but fabrication has so far relied on electron beam lithography processes which suffer from low yield and poor uniformity. .

Specifically, current semiconductor qubit chips are typically fabricated in clean rooms using tools optimized for flexible design changes and fast turnaround times, but which compromise reliability, according to QuTech, while that industrial semiconductor manufacturing processes are optimized for reliability.

“Industrial fabrication techniques are different from the techniques that are typically used to fabricate such quantum dot samples,” said Anne-Marije Zwerver of QuTech, PhD student and first author of the report.

According to the report itself, a key question was whether the reliable but strict design rules of patterning in industrial semiconductor manufacturing could be used to produce suitable qubit device layouts, and whether the coherence properties qubits would survive processing conditions, such as chemistry. mechanical polishing, which silicon wafers undergo during commercial manufacture.

However, while this is considered a significant breakthrough by Intel and QuTech, it seems like a lot more research work needs to be done, and we shouldn’t expect to see silicon qubit devices for anything other than outgoing development. of an Intel production line. time soon.

We have reached out to Intel and QuTech regarding the next steps for this technology and will update this article if we get a response.

The report states that while there are significant challenges to overcome to eliminate defects and improve qubit performance and scalability, the comprehensive line of 300mm device integration established by Intel and QuTech will allow them to run a high volume of experiments to speed up development compared to conventional systems. manufacturing methods.

“The compatibility of silicon spin qubits with fully industrial processing demonstrated here highlights their potential for scaling up and creating a fault-tolerant full-stack quantum computer,” the report concludes.

Intel revealed last week that it will deliver quantum computing testbed equipment to the US Department of Energy’s Argonne National Laboratory (ANL), where it will fit into a world’s quantum system. real under construction. ®