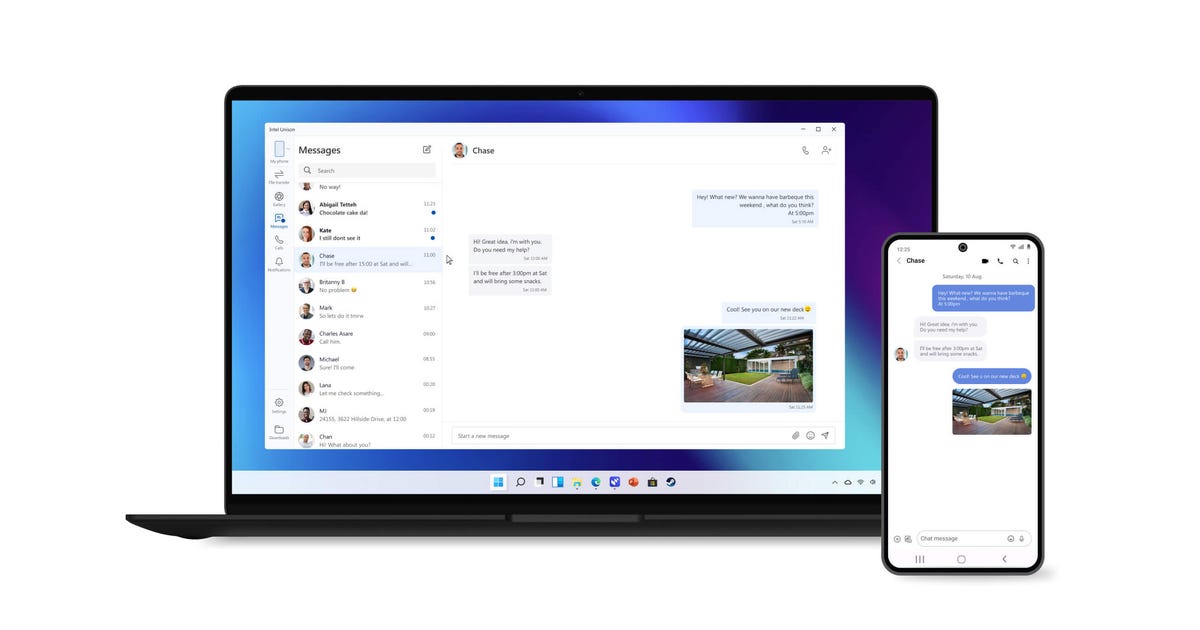 If you are an Apple user, you know how its devices work together transparently. Samsung has also improved the integration of its Galaxy device during the last years. Intel now plans to roll out some of the same device integration to other Windows PCs with its Unison software, the company announced Tuesday.

Unison will connect Android and iOS phones to Windows PCs, bringing multiple screens together in one place. You will be able to send and receive text messages from your PC, receive phone notifications, make and answer phone calls, and view and transfer files, photos and videos from your phone. This looks like Microsoft is your phone app, but with support for Android and iOS, not just Android phones.

Unison is based on technology from Screenovate, a software company acquired by Intel last year. It first demonstrated its capabilities at CES 2022 in January. The technology uses a local Wi-Fi network or a peer-to-peer connection over the network, and Bluetooth and Bluetooth Low Energy where necessary, to make the onboarding experience possible.

But there is a catch.

Intel Unison will only be rolling out to select 12th Gen Intel Core processor-based Intel Evo designs this holiday season, Intel said in its announcement. Early designs from Acer, HP and Lenovo will be available, but no specific model has been mentioned. Unison’s availability will increase early next year with the release of Evo designs running on 13th Gen Intel Core devices.

Also, unlike Apple and Samsung, the Intel solution doesn’t seem to extend integration to things like wireless headphones or using a tablet as a secondary screen wireless. At least not yet.