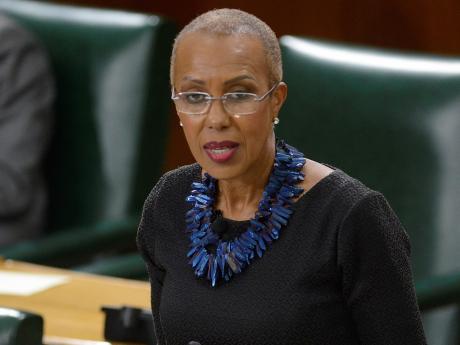 Several the students would have collapsed during the daily school devotional after a teacher prayed for them.

In light of the event, Minister of Education, Fayval Williams said in a statement that it is the role of leaders to be cautious about content and its effects on students.

“While we encourage devotion to school, our school leaders have a responsibility to exercise caution about the content and the likely impact on students, as evidenced by the reaction of students at Oberlin High School this morning,” Williams said.

Juliet Cuthbert Flynn, MP for St. Andrew West Rural, said she was in the Lawrence Tavern area and stopped by the school after receiving reports from pupils.

The MP shared that she was told that a teacher was preaching or praying and had entered into the spirit and spoke in tongues.

She added that the students began to fall over and have foaming mouths, and some of them were unable to walk.

Cuthbert Flynn reported that when she arrived at school, she saw students on the floor.

The MP said she spoke with one of the school’s guidance counselors who gave a similar account.