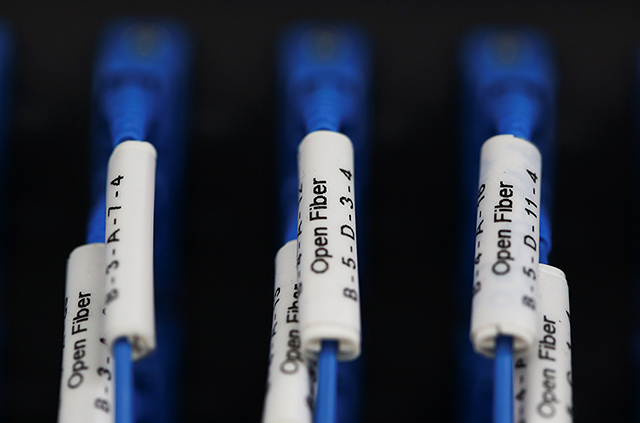 Minnesotans deserve better connectivity. That is why the PUC must hold Frontier accountable.

We are now approaching a full year of life with the COVID-19 outbreak in the United States, and it has become clear that high quality phone and internet service is a necessity for all of us to continue to have some semblance of it. normal life. People across the country rely on these services for their jobs, education, health care, and to maintain contact with family and friends during this difficult and isolated time. Here in Minnesota, many of us rely on Frontier Communications to provide these services, and as the Minnesota Public Utilities Commission (PUC) plans to approve Frontier’s exit from bankruptcy, we have the ability to ensure that residents of the Minnesota are receiving the improved service they deserve.

Frontier, Minnesota’s second-largest telephone service provider covering 250,000 homes in the state, filed for bankruptcy on April 14 last year after taking billions of dollars in debt and driving customers away by refusing to invest in their network or workforce.

The article continues after the advertisement

In Minnesota, Frontier’s service failures have been apparent for many years. The Minnesota PUC and the Attorney General’s Office have undertaken Frontier service inquiries and business practices, finding systemic problems and violations of state law. These investigations have resulted in settlements that will help some Frontier customers. But for clients living in rural areas, Frontier services continue to languish. As Frontier plans on how to file bankruptcy, I’m concerned the company is considering investing in Minnesota to expand broadband internet access.

The Minnesota PUC is expected to reconsider its approval of Frontier’s bankruptcy plan on Thursday, February 18. To be clear: the PUC cannot be sure whether this bankruptcy plan is in the best interests of Minnesota residents unless Frontier commits to investing in improved service across the state and the deployment of a 21st century fiber network. This is why CWA is calling on the Minnesota PUC to reopen Frontier’s bankruptcy proceedings and follow the lead of other states that have secured commitments from Frontier on new investment, new fiber deployment and adequate personnel to perform. work.

In its December Quarterly Update on Wall Street, Frontier reported on its post-bankruptcy “modernization plan,” which includes nearly 3 million customers who will benefit from high-speed fiber-optic internet service over the years. Next 10 years. Frontier’s plan identified 10 states in line for new fiber deployment, none of which was Minnesota.

In addition, Frontier recently bid to receive federal grants as part of the Rural Digital Opportunity Fund auction to provide high-speed broadband in rural areas and has won over $ 37 million in federal funding for supporting more than 125,000 customers in eight states. None of those customers are in Minnesota. This is of great concern as a significant investment is required from Frontier to provide residents of Minnesota with the quality of telecommunications services they deserve.

Other states – including California, West Virginia, and Connecticut – have reviewed Frontier’s bankruptcy plan and obtained settlements or ordered Frontier to comply with commitments that include new fiber investments, capital spending to improve their struggling network; and labor commitments to make sure the job is done right. These states have taken a critical step in holding Frontier accountable.

I think the past actions of Frontier leaders make it clear why accountability is so crucial. After years of debt-financed acquisitions and underinvestment that drove Frontier into bankruptcy, Frontier’s top eight executives awarded themselves an additional $ 16.2 million in bonuses last summer while they were bankrupt, in addition to the millions they are already receiving under their existing compensation agreements.

Meanwhile, years of downsizing and a lack of resources have pushed our members to breaking point. Areas that were once covered by six to eight technicians are now covered by two. As a result, the remaining technicians cannot provide the kind of service customers deserve. Necessary repairs to the network are ignored or postponed, resulting in continued deterioration of the plant and customer service.

The Minnesota PUC, in its initial approval of Frontier’s bankruptcy plan, made no commitment by the company to invest or maintain an adequate workforce. Minnesota families and businesses deserve better. We need assurances that Minnesota will not be left behind by the new border. The PUC has the power to solve this problem by demanding that Frontier provide better service to Frontier customers who are struggling for connectivity amid the pandemic.

Mark Doffing is president of Local 7270 of the Communications Workers of America, representing members working as technicians and at Frontier call centers in the southern Minnesota area.

The article continues after the advertisement

DO YOU WANT TO ADD YOUR VOICE?If you would like to participate in the discussion, add your voice to the Comment section below – or consider writing a letter or a longer form Community voice remark. (For more information on Community Voices, see our Submission guidelines.)