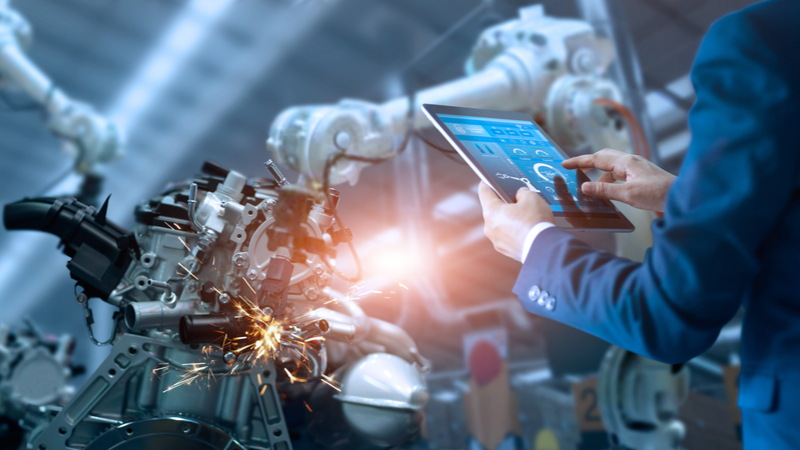 People sometimes talk about the Internet of Things (IoT) as if it just means the networking of digital devices, but this type of machine-to-machine communication has been around in factories for a long time.

However, the industry is moving more and more towards Internet-based IoT protocols, which makes it easier and cheaper to connect different sensors and devices.

The IoT does not use a single application layer protocol; previous implementations used standard internet protocols, but dedicated IoT protocols are now more and more common.

The physical network or link layer is concerned with the transmission of raw data and specifies such things as pin layout, voltage levels, data rates, and line impedance. Ethernet is a common physical layer protocol.

The Internet layer manages connections between devices, error correction, and data packets. It uses IP addresses to identify hosts on the network.

The transport layer improves the reliability and security of communications by transferring data sequences. In TCP / IP, it usually consists of the Transmission Control Protocol (TCP) or the User Datagram Protocol (UDP). TCP is used for human interactions such as email and web browsing. It provides logical connections, acknowledgment of transmitted packets, retransmission of lost packets and flow control. However, for embedded systems, UDP can provide reduced overhead and better real-time performance. UDP is used for Domain Name Servers (DNS) and Dynamic Host Configuration Protocol (DHCP) and is now applied to IoT applications.

The application layer is the highest level, and in TCP / IP its functions include what can be thought of as the session layer and the presentation layer. Abstraction layers have at their heart the idea that knowledge of the underlying layers is not required. In most cases, therefore, it is only necessary to consider the application layer.

Different application layer protocols can provide different levels of bandwidth, real-time capacity, and hardware requirements. It can be tempting to use protocols that staff already understand. Many Internet protocols are intended for humans to interact with information, such as File Transfer Protocol (FTP), Hypertext Transfer Protocol (HTTP), and Simple Mail Transfer Protocol (SMTP). IoT systems can be created using these web technologies, but this can pose security concerns.

Various protocols have been specifically designed or adapted for IoT. MQTT was originally created as a telemetry protocol for devices with small memory and a small CPU footprint, making it well suited for IoT. It is standardized under ISO / IEC 20922 and its openness can make it easy to implement. However, many features are not included in the standard, it does not handle errors, and is not as well suited for low power and high security connections as more IoT-focused protocols.

The Constrained Application Protocol (CoAP) is well suited for IoT applications. It allows devices with minimal memory and processing power to communicate with each other over a low-power, lossy network. It uses methods such as POST, GET, DELETE, and PUT, and easily works with HTTP, XML, and JSON for integration with other web functions, much like using a web API.

The Lightweight Machine-to-Machine (LwM2M) protocol, created by the Open Mobile Alliance, is based on CoAP. It includes a wide range of clearly defined and maintained standard objects, connectivity monitoring and remote actions on devices. It also incorporates automatic firmware upgrades, which makes device management much easier. LwM2M can also run strong DTLS security with minimal overhead.

Join IMechE and Professional Engineering at the virtual fair for first engineering careers and find your ideal job! Register for FREE to EngRec 2021 today.

Content published by Professional Engineering does not necessarily represent the views of the Institution of Mechanical Engineers.