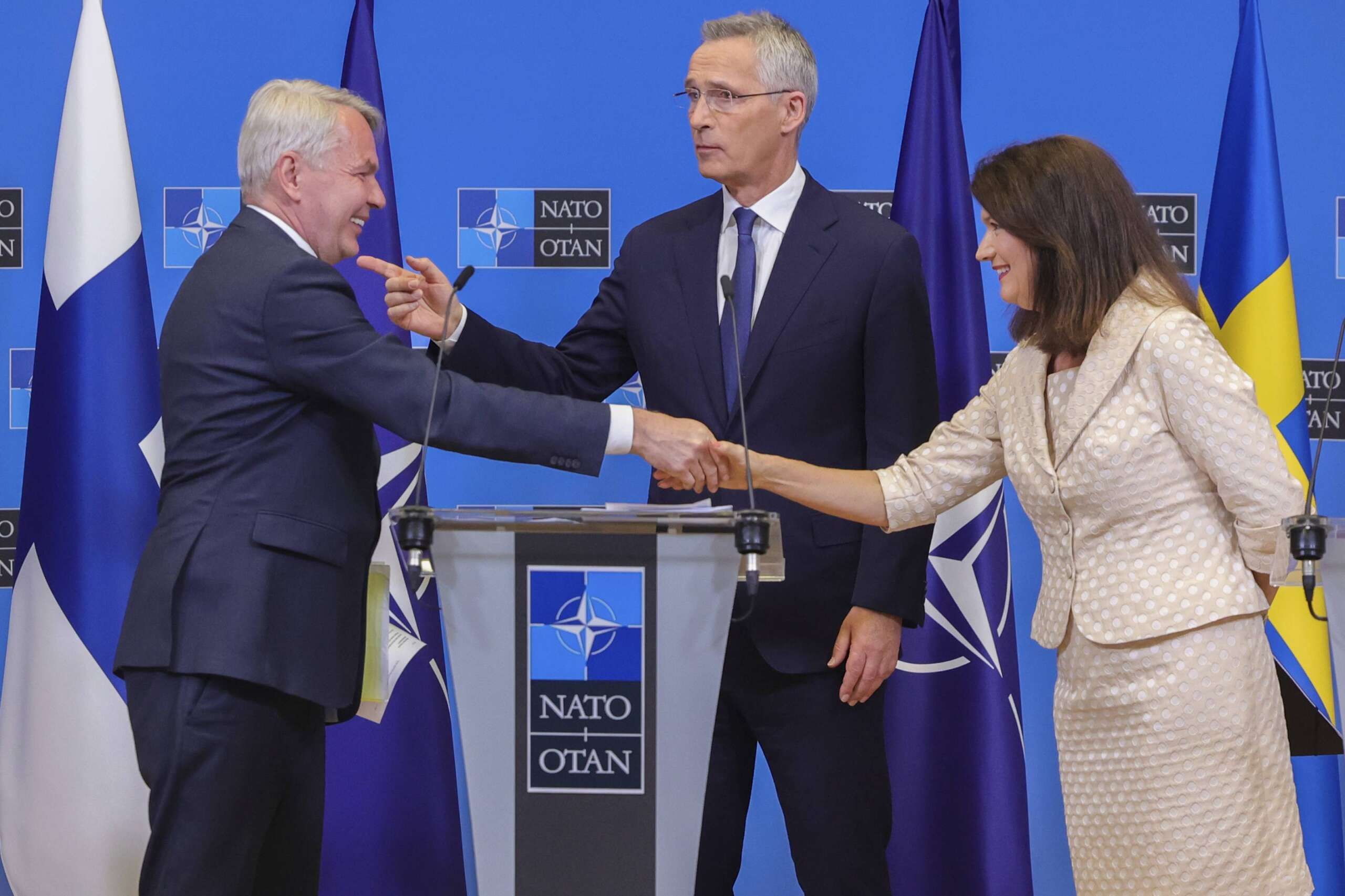 The move further reinforces Russia’s strategic isolation following its invasion of neighboring Ukraine in February and the military struggles that have unfolded there since.

“This is truly a historic moment for Finland, for…

The move further reinforces Russia’s strategic isolation following its invasion of neighboring Ukraine in February and the military struggles that have unfolded there since.

“This is truly a historic moment for Finland, for Sweden and for NATO,” said alliance leader Secretary General Jens Stoltenberg.

The 30 ambassadors and permanent representatives formally endorsed decisions taken at a NATO summit in Madrid last week, when leaders of member countries invited Russia’s neighbor Finland and Scandinavian partner Sweden to to join the military club.

However, obtaining parliamentary approval for new members in Turkey could still be a problem, even if Sweden, Finland and Turkey reached a memorandum of understanding at the Madrid summit.

Turkish President Recep Tayyip Erdogan has warned that Ankara could block the process if the two countries do not accede to Turkey’s requests to extradite people it considers terrorism suspects. Those wanted in Turkey have links to banned Kurdish groups or the network of an exiled cleric accused of a failed 2016 coup in Turkey.

He said the Turkish parliament may refuse to ratify the deal. This is a powerful threat since NATO membership must be formally approved by all 30 member states, giving everyone a right to block.

Stoltenberg said he expected no change of heart. “There were security issues that needed to be addressed. And we did what we always do in NATO. We have found common ground,” he said.

The Russian invasion of Ukraine gave the process added urgency. It will bring the two nations into the Western military alliance and give NATO more clout, especially in the face of the military threat from Moscow.

At a press conference, the foreign ministers of Sweden and Finland were asked whether the memorandum specified who should be extradited to Turkey. The two ministers said no such list was part of the deal.

“We will fully honor the memorandum. There is, of course, no list or anything like that in the memorandum, but what we will do is have better cooperation when it comes to terrorists,” the minister said. Swedish Foreign Minister Ann Linde.

“Everything that was agreed in Madrid is stated in the document. There are no hidden documents behind it or agreements behind it,” Haavisto said.

Each country in the alliance has different legislative challenges and procedures to deal with, and it could take several more months for the two Nordic countries to take their place as formal NATO members.

Denmark and Canada were the fastest to emerge from the blocks. They handed over their ratification documents to Washington as the first NATO countries just hours after signing accession protocols in Brussels, Danish Foreign Minister Jeppe Kofod told The Associated Press by phone.

“It was a good signal not only for Sweden and Finland, but also for other NATO countries that the speed of ratification is important,” he said. “We hope this will inspire other countries to respond quickly.”

The documents must be delivered to Washington because the founding treaty of NATO was signed there in 1949.

Germany’s parliament is expected to ratify membership applications on Friday, according to the Free Democrats, a partner party in the country’s coalition government. Other parliaments may only begin the approval process after a long summer recess.

“I look forward to a speedy ratification process,” Haavisto said.

In the meantime, the protocols approved on Tuesday already bring the two nations closer to NATO. As close partners, they have already attended some meetings on issues that have immediately affected them. As official guests, they can attend all ambassador meetings even if they do not yet have the right to vote.

Geir Moulson in Berlin and Karl Ritter in Unterseen, Switzerland contributed to this report.