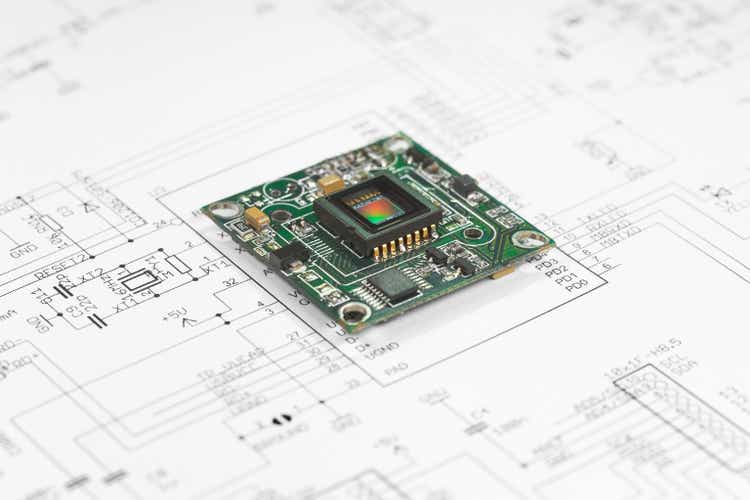 Nvidia, KLA, Analog Devices among those who will continue to benefit from BofA’s “5 Cs”

Although the semiconductor industry is facing a weakening global economy, there have been signs of a bottoming process in some areas. Nevertheless, the debate between bulls and bears is likely to continue for months, with each side pointing fingers at different data points for their case.

However, in a new sector assessment, Bank of America said the bullish case for semiconductors was starting to look “compelling” for several reasons:

With that, the company laid out its 5 Cs – complexity, cars, cloud, cash flow and conflict – that the industry continues to benefit from, along with several companies leveraging these themes.

Complexity: Complexity obviously relates to the difficulty of creating and designing chips. And with the Biden administration making it harder for China to advance its own semiconductor industry with new export controls, it will cost more for companies trying to do so.

This is where companies like KLA Corp. (NASDAQ: KLAC), Applied Materials (AMAT) and Lam Research (LRCX) shine, said Bank of America analyst Vivek Arya. Arya noted that there has already been a roughly 20% reduction in equipment spending for 2023, which has led semiconductor equipment stocks to trade at “compelling valuations”.

Coupled with governments across Europe and the US bringing manufacturing back to their continents, as well as government stimulus measures (the US and EU have passed similar CHIP laws), the group stands to benefit .

Arya noted that the main risk for the group would be to “deteriorate further” in the smartphone and data center spaces, which could further reduce spending by “more resilient” foundries, such as Taiwan Semiconductor (TSM).

Cars: Companies like ON Semiconductor (ON) and NXP Semiconductors (NASDAQ: NXPI) are poised to benefit, as Arya believes that “every car will ‘look’ like a high-end electric vehicle, just like every smartphone looks like an iPhone”, which would imply a doubling of the tokens towards $1,000 or more per car.

Cloud, connectivity: this is an area that should see many beneficiaries, but Nvidia (NASDAQ: NVDA) is the company’s top choice in this area, as Arya said there is “an exponential growth in the computational complexity required for AI and high-speed networking.”

Arya also noted that demand for public cloud services is expected to triple by 2026 to around $300 billion, which is considered “structurally positive” for Nvidia (NVDA), as well as Marvell Technology (MRVL), Advanced Micro Devices (AMD), Broadcom (AVGO) and Credo Technology (CRDO).

Cash Flow Consistency: Analog Devices (NASDAQ:ADI), the company’s top choice in this space, as well as Broadcom (AVGO) and Microchip Technology (MCHP) are favored for their steady cash flows supported by longer price trends. All three are considered to have “best in class” free cash flow margins of 30% or more, along with dividend yields of 1.8% or more and an estimated compound annual growth rate for available cash of 10% or more from 2021 to 2024.

Conflict: Arya noted that any conflict in Southeast Asia would be negative for “all chip stocks” and while there is no substitute for Taiwan Semiconductor (TSM), GlobalFoundries (GFS) may continue to gaining market share due to concerns over the continued threat of conflict, as well as continued US and EU subsidies.

Earlier this week, Nvidia (NVDA) confirmed it had launched a new chip in China that adheres to recently introduced US export rules to prevent access to cutting-edge technology.