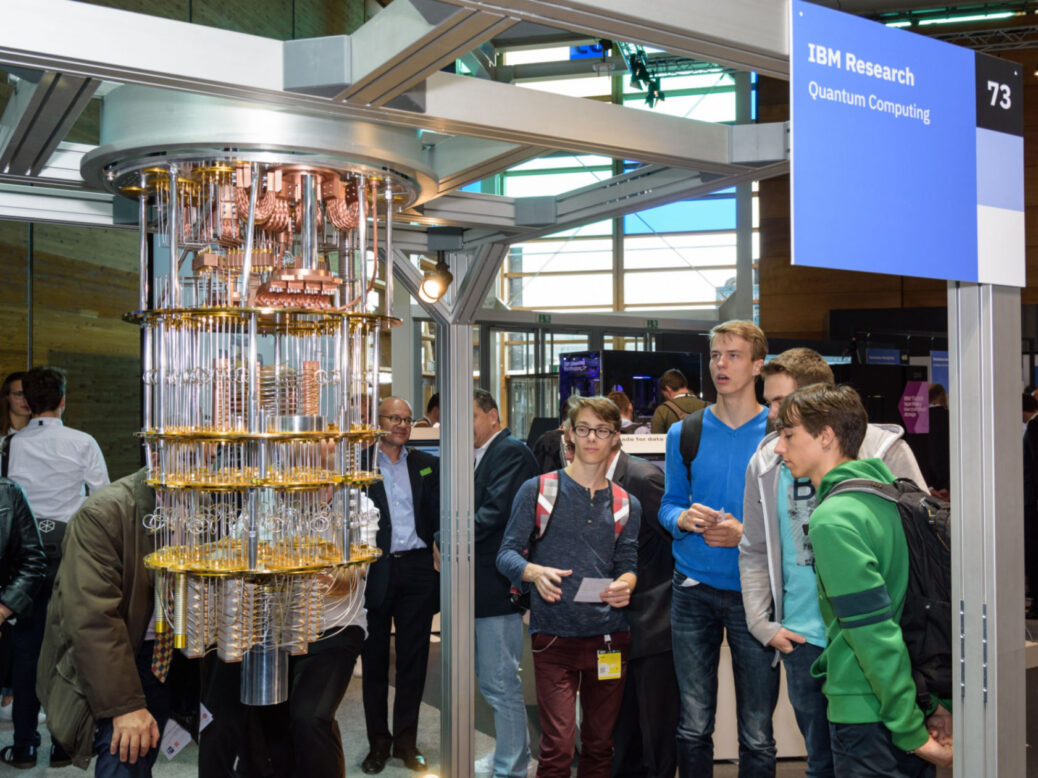 The cryptographic protocol used for Bitcoin network security is unbreakable by today’s most powerful computers. However, within a decade, quantum computing will likely be able to crack existing encryption protocols.

The power of quantum computers lies in the fact that they can perform many calculations while simultaneously considering several different configurations. As a result, they are much faster than traditional computers. For example, Google’s 54-qubit Sycamore processor performed a calculation in 200 seconds that would have taken the world’s most powerful supercomputer 10,000 years. Due to this immense power, quantum computers could pose threats to blockchain networks by 2030 by facilitating storage attacks or attacks on transactions in transit. This could expose users across the blockchain space, including the growing Web3 and metaverse user base, as well as those in the crypto world.

However, while the rise of quantum is concerning, the future evolution of cryptographic encryption may exceed that of quantum computing.

Storage attacks are likely within the next 10 years

Storage attacks involve a malicious party stealing sensitive blockchain addresses, such as those where the wallet’s public key is visible on a public ledger. About 25% of all bitcoins are vulnerable to this type of quantum computer attack because owners use unhashed public keys or reuse bitcoin addresses. If a quantum computer was powerful enough to crack the private key of the unhashed public address, the malicious actor could steal funds directly from a user’s wallet.

Of course, the simple answer is for crypto users to stop reusing crypto addresses or storing funds in locations with private keys, although this is much simpler in theory than in practice. Fortunately, the quantum computing power required to carry out such attacks is currently several orders of magnitude above what currently exists. But that will change by 2030, as the number of qubits explodes from around 100 in 2020 to over 10 million.

Range of devastating transit attacks but decades away

Alternatively, a quantum computing attack could occur for blockchain transactions in transit. However, such attacks are incredibly difficult to pull off because they have to happen faster than the blockchain miner can execute the transaction, which usually only takes a few minutes on networks like Ethereum and Bitcoin. And because such attacks would require billions of qubits, that’s probably a few decades away. However, such attacks would apply to all transactions, so the threat is much greater and more pernicious. Protecting against these quantum computing attacks in transit by mid-century will require changing the underlying cryptographic signature algorithms of the blockchain.

Preparations for a post-quantum future must start now

Proof-of-work (PoW) and proof-of-stake (PoS) blockchains will be vulnerable to attack if the underlying encryption scheme is weakened. Specialized ASIC chips made specifically for block mining provide minimal protection for PoW blocks. Although hashing may be less exposed, the risk remains as quantum computing threatens the authenticity of the blockchain system and ownership of the keys. For now, hardware wallets offer the best security for protecting cryptographic keys. However, although they offer better protection than mobile or wearable wallets, they are difficult to upgrade.

When quantum computing is powerful enough to pose a real and credible threat to blockchain networks, there will always be ways to protect against malicious actors. And fortunately, only a handful of cryptographic techniques will need to be replaced. Digital signatures and key agreements will be areas of active research to secure a post-quantum encryption future. Technologies in development that promise to be more resilient to quantum computing-based attacks include the directed acyclic graph (DAG), a DAG-based technology called “block network cryptography”, and quantum key distribution ( QKD). Many of them will examine problems that have not been used in classical encryption to date. NIST, the National Institute of Standards and Technology, is currently responsible for encryption standards in the United States, and in July 2022 announced a process to test and standardize post-quantum public-key encryption.

Could China put a brake on the operation of the quantum computer?

But the quantum computers discussed here refer only to the largest publicly disclosed systems. China is among the nation states that have “obfuscated” their quantum research. We can’t really know if there is a significant threat to today’s encryption standards. By blocking these quantum capabilities, it may be that instead of a slight erosion of encryption standards, there will be a sudden and devastating breakdown for cryptocurrencies and the industries that depend on them. In the years to come, this will include cryptocurrencies, the metaverse, and the next iteration of the internet, web3.