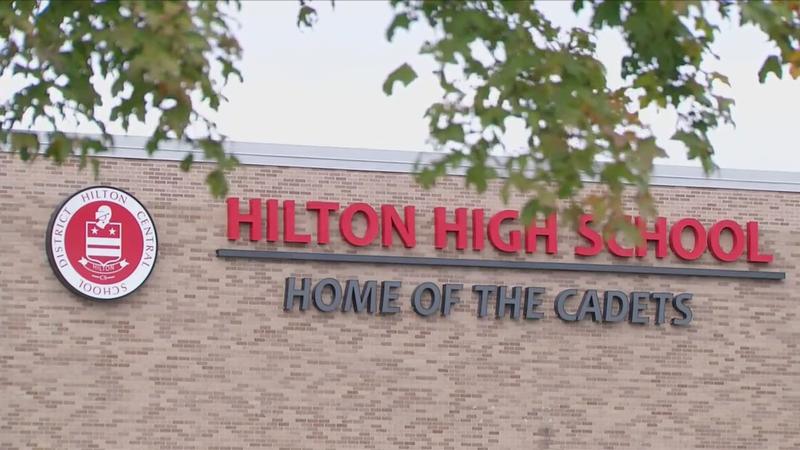 News10NBC is hearing what a few local districts are saying about their protocols.

School districts say they understand the fear and concerns some students and their families may have, but also want to reiterate that school facilities as a whole are well protected.

“For us, it’s just kind of a reminder of what’s in place for the safety of students and staff, and to make sure parents are made aware of what those processes are,” said Michael Schmidt, chief operating officer of the Rochester City School District.

“We’ve always had a single point of entry,” Schmidt said. He continued: “We will continue to enforce this, and we always ask parents to make an appointment to come if they want to meet with a teacher, or the principal or the school counsellor.”

Schmidt also reminds parents that all exterior doors to the school are locked and well monitored.

“We have cameras at 95% of the entrance and exit points throughout the district. So that’s standard operating procedure as well, and if people choose to open a door for whatever reason, they are held accountable,” Schmidt said. .

As with other schools, David Inzana, Hilton Central School District’s safety and security manager, says they not only use a single point of entry for visitors, but also a visitor management system.

“The visitor must show some sort of government ID,” Inzana said. He went on to say, “Usually a driver’s license. We’ll run a check through our system and then they’ll do it, as long as they have a legitimate reason to be there, 99% of the time I’d say those are organized in advance.

“They’ve really done it on their own anyway, it’s just providing a few extra patrols in our school zones, especially during arrival and departure times,” Inzana said.

Greece’s Central School District sent us a statement saying in part, “We are also in the process of updating security cameras across the district and are halfway through replacing all classroom locks. , so the doors can be locked from inside the classrooms rather than from the hallway.

For more information on your school district’s safety and security protocols, visit their website for updates.

2022-08-12
Previous Post: It may be our data, but it is not our violation
Next Post: the role of network protocols in manufacturing and the IIoT