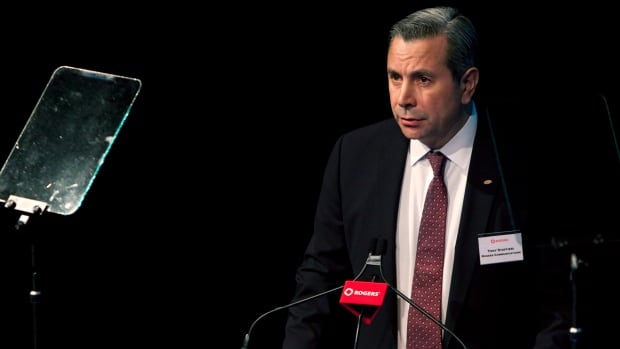 Rogers Communications on Sunday announced new steps it will take to avoid a repeat of what happened during a nationwide outage on July 8.

In a letter to customersCEO Tony Staffieri described the company’s “enhanced reliability plan” in response to the outage, which left millions of people in Canada without cellphones or internet service – some for days – and sparked questions and concerns from the federal government and regulators.

Regarding 911 calls, which were interrupted in many parts of the country during the outage, he said Rogers was working on a formal agreement with competitors “to automatically switch 911 calls to each other’s networks – even in the event of a breakdown on the network of any operator.

Roger has says on his site that customers can call 911 without a SIM card at any time, but it’s unclear if that would have worked during the outage.

On the wireless and internet front, Staffieri promised the company would “physically” separate these services to create an “always-on” network so the customer doesn’t experience outages for both at the same time – which happened to many on July 8th.

WATCH | The outage shows the need for a telecommunications plan B, analysts say:

Monday, July 11 – The Canadian economy and everyday life are tied to our communications networks, and when they go down, as Rogers did for much of Friday, it won’t There’s no one-size-fits-all plan B to keep widely used — and vital — services online. We will talk about the need for a backup plan.

Staffieri also said the company would invest $10 billion over the next three years in areas including monitoring, testing and artificial intelligence.

“I know it’s only through these actions that we can begin to restore your faith in Rogers and earn your trust back,” Staffieri said.

The letter to customers comes two days after the publication of a letter sent by Rogers to Canada’s broadcasting regulator detailing the cause and immediate consequences of the service outage.

Rogers told the Canadian Radio-television and Telecommunications Commission (CRTC) that the encryption of an update to its network removed a routing filter that “allowed all possible routes to the Internet to pass through routers”, which which flooded and overwhelmed the core network, causing it to stop processing Internet traffic altogether.

The letter met the CRTC’s deadline for Rogers to respond to questions about the outage, but it contains numerous redactions where Rogers would have provided more specific details.

On Monday, Rogers officials and numerous other stakeholders are due to appear before a parliamentary committee in Ottawa to further explain the cause of the outage and outline the steps they are taking to ensure it doesn’t happen again.