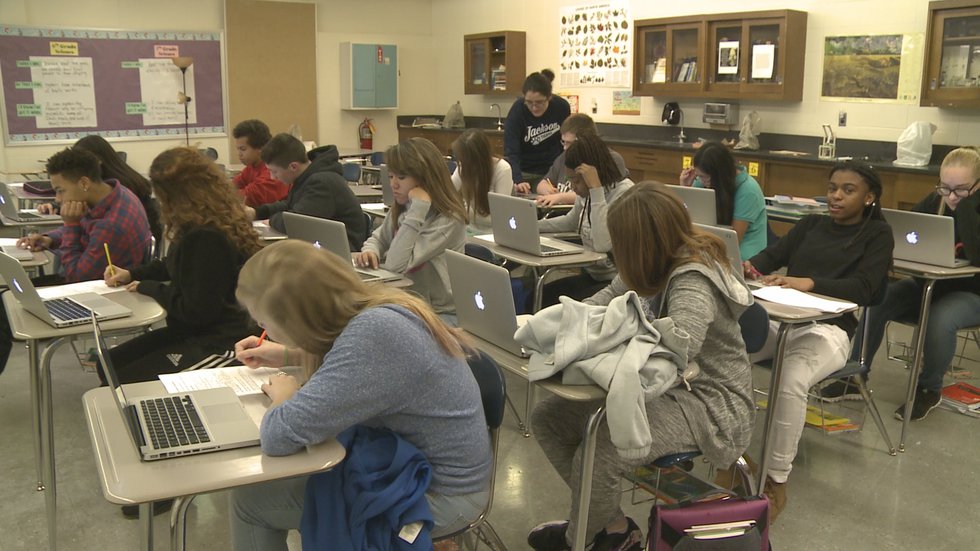 SOUTH BEND, Ind. (WNDU) – The South Bend Community School Corporation has been getting creative with helping students access the internet at home for some time now, especially with the height of online learning during the pandemic.

Now, the creation of the district’s own LTE network is a game-changer.

“In the age of the internet, I guess you’re still learning online to some degree,” says John Anella, chairman of the South Bend Schools Board of Trustees.

With a fair amount of school work requiring a computer these days, home internet access has become a necessity.

According to the city, approximately 30 percent of students at South Bend Community School Corporation do not have reliable Internet access at home.

“You can give anyone a Chromebook, but if you can’t connect to the internet, it might as well be a clipboard,” says Anella.

That’s why the South Bend Community School Corporation is creating its own LTE network, which will help students access Wi-Fi at home.

“Just like your cell phone, you’re using AT&T or Verizon or whatever, and you have data on your cell phone, it’s the exact same concept,” says Patrick Stalvey, chief technology officer of South Bend Community Schools Corporation.

Currently, the district offers mobile hotspots and Wi-Fi modems, but Stalvey says this program will be different from initiatives the district has taken in the past. This will be a more permanent solution.

“It’s very different in that it’s not a complete enterprise solution. It’s going to be managed by us and run on our network,” Stalvey says.

The new CBRS technology will allow the district to set up signal towers throughout South Bend.

“CBRS is an emerging technology. It was actually federally approved in 2016 I believe so there aren’t a lot of schools – I think in our research we found maybe a dozen schools that started to deploy that,” Stalvey says.

Cutting-edge technology will eventually allow every SBCSC student and family to have internet access at home.

“At first we will start targeting our low income students, but in reality it is available to all students who don’t have internet, then as we start to close that gap more we hope to expand it to all students,” says Stalvey.

The South Bend Community School Board calls the initiative “incredible.”

“You just want to be able to do your job, so you can just open your Chromebook, and there’s our network that we’ve built. I mean, it’s pretty amazing,” Anella says.

The launch will begin with signals atop three buildings; Jackson Middle School, Riley High School and Hayes Tower, to test the feasibility of the technology.

Stalvey says they hope to have the network ready by next school year.