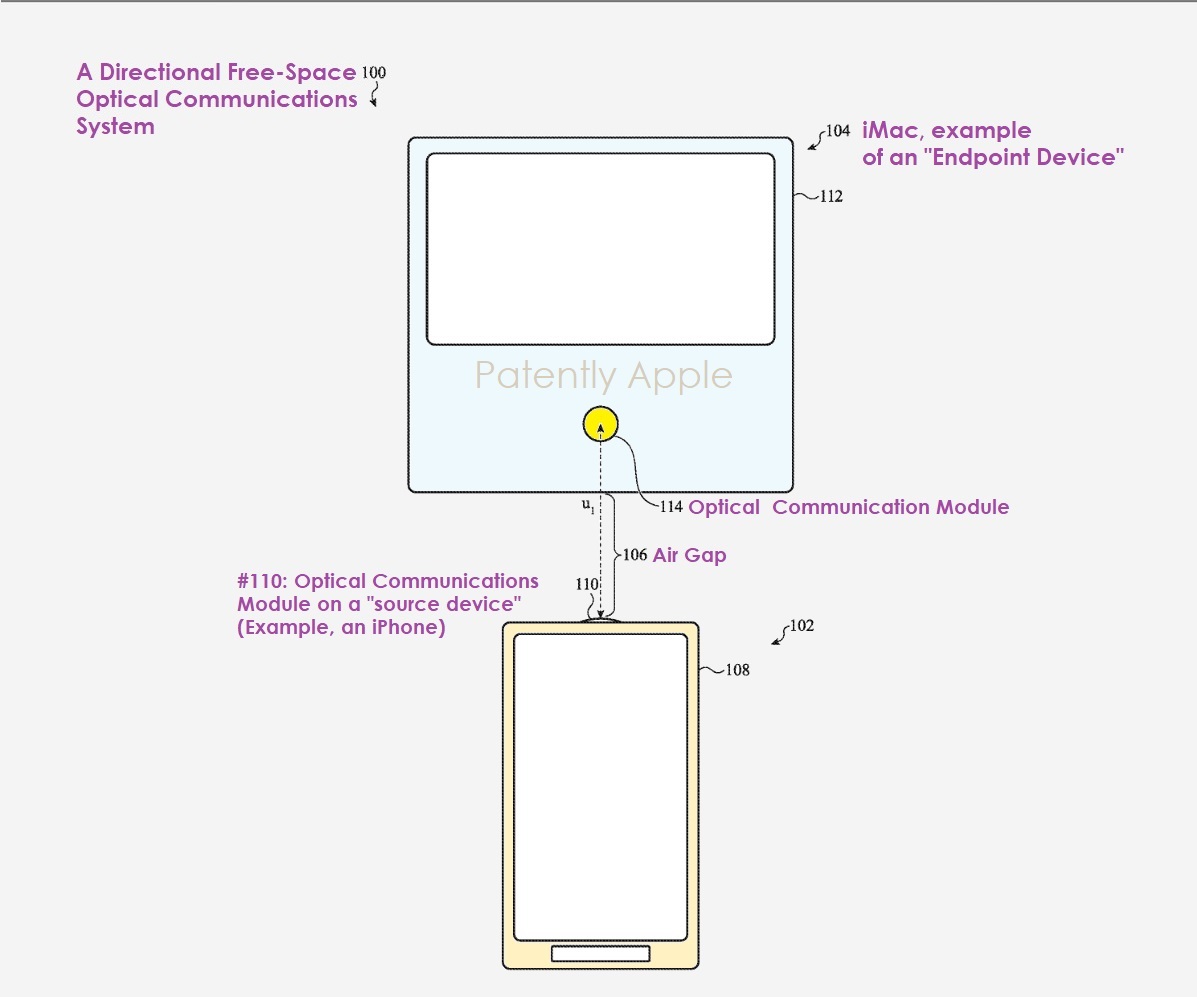 By: Randy P. Bayne
In: Networking devices
The US Patent and Trademark Office recently awarded a patent to Apple. This patent relates to a device-to-device communication system. This system has the ability to transfer information at the rate of terabits per second.

Fiber optic data transfer and sharing has been around for a long time. This can be used both at the network level and at the house level via TOSLINK. The optical system is preferred over traditional copper cable because the optical fibers are not affected by radio frequency interference or ground loops.

On the other hand, optical wireless communication has also been doing well since 1999 when it was used to communicate between devices such as the Nokia 7110 and the Psion 5mx. But this type of communication also has some limitations, such as relying on alignment. This is also one of the issues that Apple is working on.

Apple explained this problem by saying that a gadget may contain a free space communication program to share data wirelessly with another such device. The optical system could be programmed to be in line of sight so that the speed at which data is transferred can be increased. However, this type of system depends on the alignment of the device and therefore it cannot be loaded on a device which can be easily transported from one place to another. In conclusion, if the alignment is disturbed, the data transfer speed will be reduced.

To overcome this problem, Apple has created a movable lens for the devices that will be linked so that the lens can adjust based on the feedback signal from the opposite end so that speed is not compromised. As explained by the tech giant, the entire program is based on the signals emitted by a laser diode from the source device and the lens receiving those messages on the destination device, as well as the signals sent by the destination device to the source device, and through this communication, the alignment can be adjusted accordingly.

This type of communication is expected to be both faster and more secure than traditional data transfer methods such as Bluetooth or Wi-Fi, this is due to the precise alignment before sharing or transferring data.

However, in many cases Apple can speak of a vision but would not continue to turn that vision into an actual product.